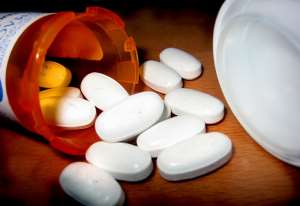 Anaemia was the leading cause of death in the Volta Region in 2014, Dr Joseph Nuertey, Volta Regional Director of Health Services, said on Wednesday at a performance review meeting in Ho.

He said the disease, the fourth cause of mortality in 2013, rose to the number one spot in 2014, claiming 237 lives including pregnant women.

It represents 9.5 percent of all deaths in health facilities in the region.

Dr Nuertey described the situation as worrying and advised people in the region to examine their eating habits.

He also asked health managers to be concerned with the quality of medical care they were rendering to people in the region and cautioned them against going for fanciful medicines as against cheap but effective ones.

Dr Nuertey called on the public to do away with superstitious beliefs and donate blood to save lives.

He said it was unacceptable that the region recorded 10 more maternal mortality cases in 2014 from 72 cases in 2013 at a time the country was working towards achieving Millennium Development Goal (MDG) 5 by September, and added that the deaths could have been averted if health managers were more 'proactive and vigilant.'

He said he had been informed about some attitudinal problems and miscommunication between public health and clinical care staff which resulted in some maternal deaths and this would not be tolerated in 2015.

Dr Nuertey also expressed worry about the slight drop in the number of skilled delivery from 48,287 in 2013 to 48,114 in 2014 though the region performed 'well' in family health services.

He said the reduction in the cases was a testament of the effectiveness of the preventive strategies being implemented by health facilities and workers in the region.

Mr Francis Ganyaglo, the Deputy Volta Regional Minister, said though health workers in the region were doing well, they needed to raise the bar higher to achieve excellence and reiterated the support of government to the sector.

'It is the ambition of government to achieve health outcomes that are among the best in the world. The health of our people determines the wealth of our nation…, I wish to assure all health workers that government will continue to provide resources needed for the provision of quality and affordable healthcare to the people of this country,' he said.

The regional performance meeting was on the theme: 'Achieving Excellence and Improved Service Delivery Outcomes Through Effective Linkage Between Public Health and Clinical Service'.

Madam Mercy Mensah, a nurse who died through childbirth, was awarded posthumously for her meritorious services and Keta Municipal Hospital declared best health facility for 2014.

I Wish You Die In Prison — Judge To Convict Who Defiled His ...
43 minutes ago