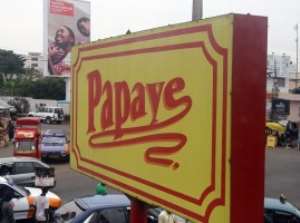 Accra, Feb. 16, GNA - Mr Emmanuel Benimah, a trade unionist, on Monday, appealed to the Government to support industrial establishments with fuel to run their generator sets as it tackles the electricity crisis.

He said the supply of fuel to the companies would be a stop gap measure to forestall the closure of companies and subsequent laying off of workers.

'It's better to support companies now than to allow them to die,' Mr Benimah, who is also the Deputy General Secretary in Charge of Administration of the Industrial and Commercial Workers Union (ICU) said at the Papaye Fast Foods Limited, Awards Day, in Accra.

The Management of the leading fast food operating company organized the bi-annual event to celebrate and show appreciation to workers who distinguished themselves and showed loyalty and dedication to the company.

Mr Benimah noted that about five giant companies have recently threatened to close down and the subsequent laying off of workers, which would rather have telling effect on the nation's economy.

On the labour front, he urged the Ministry of Employment and Labour Relation to take a critical look at the practice where companies hire and fire workers within six months, describing the practice as 'unfair and bad.'

He commended the company for maintaining good management and worker relations, and 'paying bonuses which are more than what was in the Collective Bargaining Agreement CBA.'

He called for the training of operators in the industry and announced a training programme by the Authority to enhance the capacity for quality service delivery.

Dr Samir Kalmoni, Executive Chairman of the company commended the award winners for their high level of selflessness, dedication and great sense of responsibility.

'I am humbled because being the market leader puts a lot of responsibilities on us all. However, we continue to make strides and sustain our market leadership because of the good quality and dedicated human resource,' Dr Kalmoni said.

He however called on the Government to fast track measures put n place to forestall the energy crisis as it is having a telling effect on the industry.

'Our cost of production is doubling, as we have to resort to the use of generator, yet we are selling at same prices.'

Mr Divine Asiedu, the Chief Executive Officer of Papaye, announced that aside the variety of prizes, the Board had approved two months' salary to be paid to each worker as their end of year bonus instead of the one-month salary stated in the CBA.

There has also been an introduction of free lunch for workers as well as the institutionalization of quarterly workers party and get-together.

In all 40 employees received awards for long service, dedication to work, loyalty and good conduct.