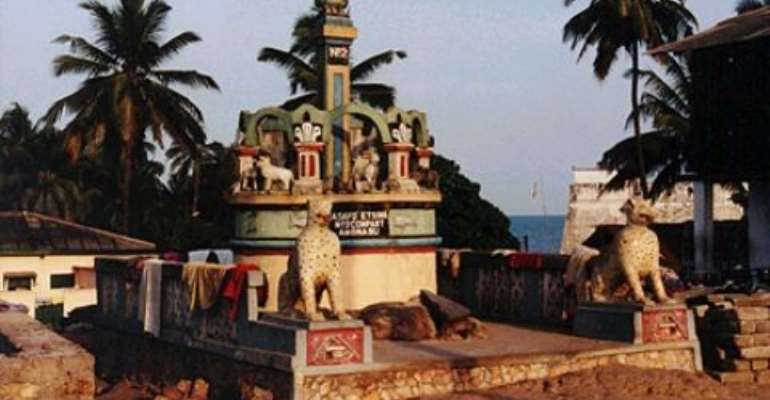 Money is not the problem of the NPP in the upcoming elections- the party has reportedly amassed millions of dollars and billions of cedis, which it hopes to splash around to sway impoverished voters to give the non-performing party another four-year mandate.

There is a problem that however faces the party- the celebrated ability of the Ghanaian to collect whatever bribes or inducements offered by desperate and non-performing politicians and decide on polling day to disregard all that and vote according to their convictions.

Many voters all over the country especially in areas considered to be strongholds of the NDC are gearing up for the expected cocoa season that the NPP is expected to bring about in the next few weeks. In especially, the Volta region, the three northern regions and large parts of the Greater Accra region, there is fever pitch expectation by many voters to pay the NPP back, for the four years of unprecedented hardship the party brought into their life, by systematically collecting all that the Kufuor gravy train has to dish out and on voting day giving a mega red card to Mr Kufuor and his team.

To forestall this possibility, NPP functionaries in the Volta region have decided to request all those who would to be given monies to travel with them to the most feared shrines of Nogokpo and Klikor to swear an oath that they will not go against their promise to remain true to the NPP.

Our investigations at both Nogokpo and Klikor confirm visits from NPP functionaries to the two shrines. This move of the NPP seems to be in alignment with the reported pledge by Mr Kufuor to go before any Mallams in the country and submit himself to anything to prove that he personally did not have a hand in the killing of the Ya-Na.

What is intriguing is the obvious hypocrisy of Mr Kufuor and his party followers as seen in the manner they expressed outrage at President Rawlings' demands that since many Ghanaians continue to blatantly lie even when they swear on sacred things like the Bible, the cross, or the Koran there should be a resort to alternatives they respect and fear.

So once again, Mr Kufuor and his NPP have shown their duplicity and double standards. They talk about one thing and do the exact opposite.

But voters all over the country need not fear that any harm will befall them when they chop these "shrine monies." As long as they have not gone to steal the monies but have rather been offered those monies by people who themselves have amassed these monies through unscrupulous means, NOTHING evil will befall them. It will simply be a case of "dog bites dog, no blood" or "thief robs thief, God laughs."