A Letter To The Sports Minister 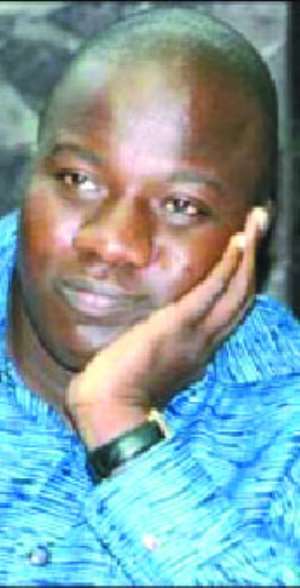 I believe congratulations are still in order over what you consider a remarkable performance in Equatorial Guinea. Of course I can understand you, it was your first major assignment as a Sports Minister so you can pat yourself at the back and sing praises to yourself but for some of us it wasn't anything out of the ordinary. If you have any idea Ghana's rich history and pedigree in football on the African continent you would clearly understand that placing second is no achievement.

That said Mr Ayariga, let me quickly move on to why I write this letter, I have listened to the interview you had with the Adom Fm morning show host where you referred to his questions as useless, in fact I have recorded it and I listen anytime I am getting too carried away of the system we have (just to remind myself we have a long way to go so I don't have to be complacent). Indeed I can understand you when you say they are useless questions.

And so Mr Minister I'd say forget about all the journalists asking you useless questions. My guess is they don't know you are a minister of state and so you are not answerable to journalists. They might as well be unaware that King Solomon Ayariga only answers “useful” questions. Has he, I mean that Asempa Fm journalist any idea how privileged it is to get an interview with a minister (public servant). How the heck did he even expect the sector minister, the man who is responsible for securing money from government's coffers to break down the various components on radio for the good people of Ghana to understand?

I was too young or perhaps not born to see all the sports ministers before the NPP administration in 2000 and so please forgive me if I am unable to give any account of their work. But at least the little I saw of all the Sports ministers who have plaguedthe Sports ministry from 2000 clearly demonstrates how wonderful you are doing.

You are yet to go a full year at the ministry (even though that's highly unexpected in that ministry) but you have so far successfully relegated all other sports to the periphery with no serious commitment to raising the about 36 other sporting disciplines close to the level of the football. That is what they call “continuity” isn't it?

Your predecessor Honorable Afriyie Ankrah was quite phenomenal at that too, promoting football especially the Black Stars at the expense of all others and you are doing wonderfully well in that endeavor.

Sir, now back to the question the journalist raised.

Don't mind clueless journalists like Captain Smart. He and his likes are not auditors, are they?

How exactly do they even expect you to give a meaningful explanation to an expenditure of about 17 million Ghana cedis for a tournament whose winner receives a little over 4 million Ghana cedis? Clearly that makes no value-for-money sense.

Indeed that was a useless question. How did he possibly expect you to give an account on how much was spent on food? Of course he forgot you are the Minister and so you are not answerable to journalists.

Perhaps he thought you were going to burst out like Honorable Afriyie Ankrah but now it all makes sense why President John Mahama placed you at the ministry. To deal with all useless questions that seeks to probe into government expenditure on lost causes like the Black Stars.

What most people don't get is that an AFCON trophy will solve all our problems as Ghanaians. The moment we end the 33 year draught, grassroots football will flourish, community training parks will spring up, colts will redeem its lost glory, the local league will see a massive improvement in attendance, sponsorship will increase from the paltry sum to something more substantial, and all other national teams will be revamped. That is the magic an AFCON trophy brings but most Ghanaians don't know. So yes! They will continue to ask useless questions.

Finally Honorable Minister, you know what sir, next time when a journalist calls, to avoid all these useless questions please do well to pen down all the sensible and useful questions so that you can comfortably answer them yourself. Clearly you have demonstrated your knowledge of how proper journalism should be and have done a good work at proving that indeed you are the bastion of wisdom and any question that makes you comfortable is useless.