If You Want To Know Npp Solution To The Energy Crisis, Simply Vote Out The Incompetent NDC!!! 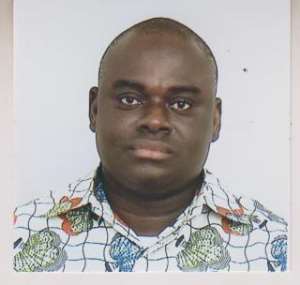 Recent behavior of NDC appointees and their horde of apologists is proving the point that Ghana's political landscape has been invaded by a bunch of insipid clowns who are foolishly transforming our great nation into a one big circus. The media, which is supposed to be the last defense for the defenseless populace in the face of blatant wickedness by political officialdom, has unfortunately abandon their role and sheepishly jumped onto the gravy train being driven by these very corrupt political office holders.

In 2007, under the Kufour-led NPP administration, Ghana experienced a level of energy problems largely due to exceptionally low water levels in the Akosombo dam following an equally exceptional long period of drought. And when the nation experienced that crisis, which was not new in our nation's history, anyway, the government did not take a needless defensive posture by unleashing its attacking-bull dogs on ordinary suffering citizens.

As a government, the prime duty is to come up with cogent policy alternatives to better the lives of the people; and this is why every comfort under the sun is provided, at the expense of ordinary taxpayers, to political office holders to enable them think, but not to engage in endlessly pointless verbal diarrhea.Indeed,if governance is all about enjoying the full benefits of political office while turning round to demand solutions to national crisis from the opposition who are not the ones collecting our taxes,then,JSS graduates would be much better managers of affairs of state than our so-called doctorate and PhD holders.

It is in this vein that the good people of Ghana believe that NPP has always been the best managers when it comes to affairs of state and have fittingly and massively, voted for the party in every democratic election. The sad news is that, when it comes to electoral fraud,NPP has always been found wanting while NDC has been exceptionally skilfull;and this explains why,eventhough the people of Ghana have always trusted NPP to manage the state of affairs,prudently,the party has had only 8years to govern since the inception of our forth republican dispensation.

Energy crisis under the Kufour-led administration brought upon us a maximum of 8hours of power outage, and even that, a clear-cut measure was put in-place and the problem was resolved, bequeathing to the Atta-Mills-led NDC, a nation with no 'dumso' on 7th January, 2009.Asuch, the current energy crisis which is clearly the worst in living-memory, is purely as a result of crass incompetence and naked looting of state coffers by government officials.

When the election petition was on-going in 2013 and functionaries of government and their horde of insipid propagandists were claiming the case was negatively affecting the economy, President John Mahama found it prudent to hike his monthly salary and that of his appointees by over 100%!!!.Payments of nearly $2b to NDC financiers under the cloak of 'judgment debts', added to the catalytic agent that has landed us in this monumental national catastrophe.

In otherwords, when the NPP administration faced energy problems, emergency generation plants were procured and efficiently fueled to produce power, at the time a barrel of crude sold at $147.as we speak, Ghana has 280MW installed capacity of energy, and we require 250MW of energy at peak hours, with a barrel of crude at a 15year low of $45.this therefore stands to reason that, the means to purchase cruse to fuel our generation plants simply doesn't exist. The president himself told us “the state coffers have been stripped to bare bones because all the flesh has been chopped”.

To the best of my memory, at no point did the NPP government ever asked then opposition NDC to provide it with an alternative during the 2007 energy crisis; and even if that call had been made to the NDC, they certainly wouldn't have heard it since they had made the streets of our major cities and towns, their permanent abode through unceasing 'wahala' demonstrations.

Characters like Samuel Okudzeto-Ablakwa, Fifi Kwetey, Edward Omane-Boamah, Kwesi Pratt, the late Atta-Mills and the sitting-president himself, who now have their mouths filled to the brim with ill-gotten wealth and shamelessly demanding answers to the crisis they have created through crass incompetence, were the very ones that decided to hit the streets instead of providing alternatives to our problems at the time.

The media
In recent times, hosts of Radio/TV programmes have joined the fray to demand from NPP, alternatives to solving the current monumental failure of the NDC government, and this is a development I find very much worrying. With the position as the fourth estate of the realm, the primary objective of the media is to champion the course of ordinary citizens, and hold the feet of government to the fire.

Media practitioners live in the society and go through every discomfort Ghanaians are currently going through. Media practitioners sleep in darkness, every 24hour cycle and buy from the same markets just like all of us. Due to the current monumental energy crisis, owners of media houses are currently reeling under massive pressure by way of extra cost on proving alternate energy to keep their businesses running.

Huge resources are being sunk into generation plants and massive volumes of fuel in order to keep their enterprises running but large numbers of listeners do not even have the power to listen to programmes of these Radio/TV stations. In effect, these media houses send out messages but their target audiences don't even get the opportunity to listen so these media houses end up losing out.

I therefore find it very mush amusing, when Radio/TV presenters are carried away by this useless NDC diversionary nonsense of demanding solutions from NPP, to crisis they (NDC) have created through crass ineptitude and frantic looting of state coffers. In these civilized democracies, the media will never spend a second questioning NPP about what their alternative is, but rather, will be hard-hitting the ruling government to solve the problem since they are in power and collecting our taxes.

NDC has no clue
Yesterday, the national organizer of NDC, Kofi Adams, held a press-conference to demand from NPP, solutions to our nation's current energy crisis.Now,for a ruling government to make such a demand on the opposition, is a clear manifestation that the government has completely lost its way and has thrown up its hands in abject despair. In anycase,the government claims it has put in-place measures to address the problem, so I ask, will the government then abandon these so-called measures and rather implement solutions NPP comes up with?

Now, if NPP should come up with alternative and this happens to be the magic touch in solving our current energy crisis, then, what will be the justification for NDC to be in power while their self-inflicted national chaos is ably tackled by the opposition party?

Such a scenario, in democratic governance, certainly does not exist anywhere on this planet so those who have blindly joined the NDC shameless and irresponsible chorus of asking for alternative from NPP should please wise-up and rather join hands with the opposition to throw out the John Mahama-led NDC government, in 2016.PURE AND SIMPLE!!!