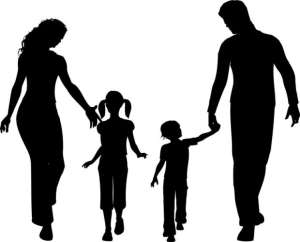 The European Union (EU) and the United States of America (USA) missions in Ghana have detected that customary marriage and divorce certificates presented by individuals for visas are forged and falsified.

According to the missions, some Ghanaian citizens were abusing the tradition underlying customary marriage which allows proxy marriage (where the bride or the groom does not need to be present at the ceremony) by forging and providing false information on the marriage certificate.

Following the concerns expressed by the foreign missions, the Accra Metropolitan Assembly (AMA) has introduced more security features to ensure the authentication of the marriage registration process in order to issue valid certificates.

The Judicial Service, which attests to the marriage certificates, has also begun a re-registration of notaries public appointed by the Chief Justice.

Notaries public are lawyers who have more than 10 years' experience and appointed by the Chief Justice to authenticate the statutory declaration, a form attached to the marriage registration form.

In view of the situation, a seminar has been organised by the AMA, in collaboration with the British High Commission, to discuss ways to strengthen customary marriage registration process.

Present at the seminar were officials of the Canadian and the United States missions in Ghana, commissioners of oaths and AMA and Judicial Service staff.

Validating the registration Speaking at the seminar, the Registrar of Marriages at the AMA and solicitor, Mr Yaw Twumasi Ankrah, said the assembly had received a number of complaints from the foreign missions about false and invalid customary marriage certificates.

He said the trend undermined the integrity of the assembly and abused the process of people getting married the traditional way in the country.

While admitting that there were some challenges which people took advantage of to forge signatures when filling the forms, Mr Ankrah said strict measures had been put in place to ensure that information provided was accurate and valid. As part of the measures, applicants would now be required to add detailed information on their addresses, including telephone numbers and photocopies of their identification cards, otherwise the certificates would not be signed, he said.

He said in validating the customary marriage registration form, proxy marriage was acceptable, but indicated that the couples and their parents needed to sign or thumbprint the form.

A family member, he said, could also sign on their behalf, provided he or she did so with the power of attorney.

“The consequences of forging a signature could cause many problems for the person outside Ghana during cross-examination in the country where he or she resides,” he said. The documentation and registration process was important, Mr Ankrah said, adding, “If the documentation process is right, then the result, which is the certificate, will also be right.”

He said any person found guilty of forging a marriage certificate could face three years' imprisonment or pay a penalty of GH¢750.

Names of lawyers to be published The Second Deputy Judicial Secretary, Mr Justice Samuel Boakye Yiadom, who attests marriage certificates, said the service would also evaluate the work of the notaries public every two years before they would be re-licensed.

He explained that that initiative had become necessary because some lawyers were authenticating, as well as granting people statutory declaration for marriage or divorce, without the approval of the Chief Justice.

He expressed concern over the situation where some people, including the staff of the AMA and the Judicial Service, had made the forgery of the signatures of the directors in charge of the certificates an enterprise and were out of that.

In his welcome address, the British High Commissioner, Mr Jon Benjamen, said false marriages and fraudulent certificates contributed to identity and visa fraud. He said the problem had to do more with customary marriages which allowed proxy marriages where the brides and or the grooms were not present at the ceremony.

“It is a growing problem in the United Kingdom, across the EU and also the US; not necessarily involving Ghanaian citizens but people of various nationalities seeking to abuse Ghanaian marriage customs and the historic acceptance of them by countries such as the UK,” he added.