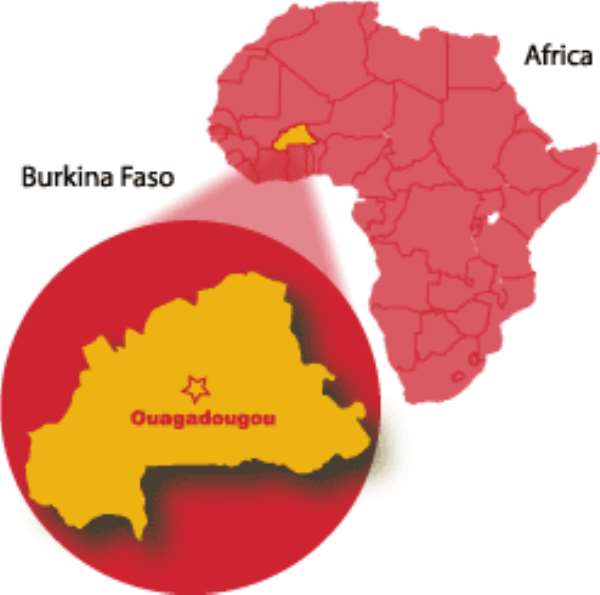 Kumasi, July 27, GNA - Burkina Faso is to open a consular office in Kumasi to oversee the increasing trade and diplomatic of the country in Kumasi, Mr Maxwell Kofi Jumah, Kumasi Metropolitan Chief Executive, has said.

He said trading activities between Ghana and Burkina Faso had shot up as indicated by the increasing number of trade delegations that visited Kumasi from Burkina Faso.

Mr Jumah, who was speaking at the launch of the first Ghanaian-Ivorian Week celebration in Kumasi on Monday, said since he assumed office he had sought to rekindle ties within the framework of sister city and twining programmes as part of a strategy to consolidate the position of Kumasi as a first choice investment and trade destination.

He said in pursuance of this objective the assembly had, over the past three years, accepted a number of new twinning proposals from cities such as Mitsu in Japan, Ouagadougou in Burkina Faso, Duncan in Canada and Treichville in Cote D'Ivoire.

"Existing ones like that of Almere of the Netherlands have also been strengthened."

"This relationship has enabled the assembly to derive maximum benefits in infrastructure development, investment promotion, international visibility and capacity building".

Mr Jumah said his recent visit to Canada at the invitation of Duncan City and its Cowichan Valley Regional District and the Federation of Canadian Municipalities had opened windows of opportunities for the Kwame Nkrumah University of Science and Technology (KNUST).

"Following our interaction with the Ghana Honorary Consul General for Vancouver, Dr Herbet Allsop, the University of British Columbia in Vancouver has agreed to assist the KNUST with material and technical assistance to run a degree course in Wood Technology and Carpentry", he said.

The assembly got a container of computers from a member of Kumasi Citizens Association in Toronto to establish computer-learning centres for junior secondary schools in the metropolis.

Mr Jumah said the KMA was motivated to accept the twinning proposal from Treichville in Abidjan because of the cultural and historic links between the two cities.

Also, there was significant volume of trade between Cote D'Ivoire and Ghana as indicated by the existence of traders associations such as Ghana-Abidjan Spare Parts Dealers Association (GASPA) in Kumasi.

Mr Sampson Kwaku Boafo, Ashanti Regional Minister in a speech read on his behalf, congratulated the two mayors for signing the Memorandum of Understanding for the programme.

He called on them to take advantage of the programme to develop bonds of relation to further improve the existing good neighbourliness between the two cities.

Mr Boafo said the government had demonstrated its commitment to the pursuance of a policy of good neighbourliness and there was the need for all to play a role in the attainment of the policy as it had a potential to open vast opportunities for both countries to expand national and commercial interests.

"The launch of the week celebration shows the high vision you have for regional integration that do not take into accounts the lingual and the artificial barriers between the two countries".

Dr Lord Emmanuel Asamoah, Principal of Kumasi Polytechnic, who chaired the function, stressed the need for students in Ghana to take the study and learning of French seriously.

The main events of the celebration, which would come off from August 23 to 30, include an international musical concert and a friendly football match between Kumasi Asante Kotoko and Africa Sports of Cote D'Ivoire.