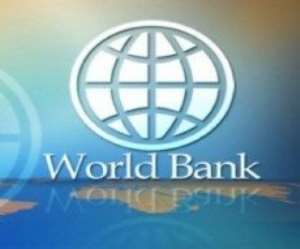 At the end of their Second Tripartite Meeting in Accra, representatives of ECOWAS, UEMOA and  the World Bank Group, have agreed on a set of priorities aimed at significantly diversifying and transforming the economies of the sub-region.

The delegates highlighted, among other things, boosting agricultural productivity and marketing; making the infrastructure sectors transport (both road and air) and energy more efficient; scaling up efforts to eradicate Ebola and other infectious diseases and preventing violent conflicts, while implementing the sub-region s Common External Tariff (CET) which became effective on 1 January 2015.

" Over the past two days, we have had some very fruitful discussions and have identified a few transformational priorities, work programs, timelines and division of responsibilities, which would form the bedrock of our collaboration in the next two years", he added.

The Meeting flagged risks to socio-economic development, flowing from the powerful headwinds that the sub-region s oil producers are facing as a result of oil prices falling by over 50 percent over the last four months alongside more moderate prices dips for many commodities, metals and minerals. A key priority, the delegates concluded, must be to accelerate reforms that simulate more diversified, inclusive and sustainable economic growth by unleashing the potential for private investments.

An important priority highlighted is increasing the productivity of food staples two or threefold, notably by expanding access to fertilizers and certified seeds. Progress has also been made on the development and adoption of new technologies especially the use of certified seed. In this regard, the Meeting emphasized the need to assist farmers in accessing  markets, as well as strengthening extension, post-harvest storage and management systems.

The delegates stressed the importance of reforms to modernize transportation services in West Africa. They reiterated calls for the effective establishment of the Abidjan-Lagos Transport Authority, for the cutting of dwell times in ports and the reduction of road blocks and the time to cross borders on the corridor which handles more than two-thirds of the trade, transport and transit activities of the entire sub-region. They also applauded the decision by Heads of State at the African Union Summit in late January 2015 to establish a Single African Transport Market for African airlines by 1 January 2017 and encourage member states to fully implement the Yamoussokro Agreement on Air Transport.

According to H.E. Kabre Desire Ouedraogo, President of the ECOWAS Commission, There is unanimity among us regarding the liberalization of the air space in the subregion, and a call was made for the multilateral application of the Yamoussoukro Decision. We look forward to working with member countries; some of who have been pursuing their own national airline agendas to make this goal of a common or consolidated air transportation regime a reality.

Stressing the need for regional agreement on the maximum level of taxes and on air transport infrastructure charges as an imperative for fostering higher demand and financial solvency for airlines, the World Bank Group informed the gathering about its readiness to assist in preparing A Policy Paper on West Africa Air Transport and in providing technical support for: (i) benchmarking the system; (ii) consulting stakeholders in the industry; and (iii) reviewing aviation charges; with a view to presenting a concrete proposal to the Heads of State and Governments.

The Meeting recognized that the Ebola crisis unmasked serious weaknesses in regional infectious disease prevention and surveillance systems and the delegates strongly recommitted to working to tackle any such future threat.  The latest estimates by the World Bank suggest that the three countries worst hit by the Ebola crisis may lose as much as $1.6 billion - or 12 percent of their combined GDP in forgone output growth in 2015, besides losing over 8,800 people to the pandemic.

The Meeting, therefore, agreed to work closely with the affected countries to advocate for a special post Ebola debt cancelation package from all development partners.

The delegates called for effective diplomacy for peace, stability and shared prosperity that is based on strong coalitions across political, security and development of communities in order to tackle a new generation of threats drug trafficking, maritime piracy, and armed insurgents like Boko Haram in Northern Nigeria, Chad, Cameroun and Niger. They also committed to keep Sahelian issues high on agenda, and agreed to continue the joint effort in the coordination and implementation of the ECOWAS Sahel Strategy.

In order to scale up and consolidate the inter-institutional cooperation between ECOWAS, UEMOA and the World Bank Group, the Meeting identified the need to develop a concerted regional multi-year strategic framework to guide future collaborations.

UEMOA Representative, Christophe Joseph Marie DABIRE congratulated all delegates and expressed his organization s appreciation for the growing importance of the work of the Tripartite group.