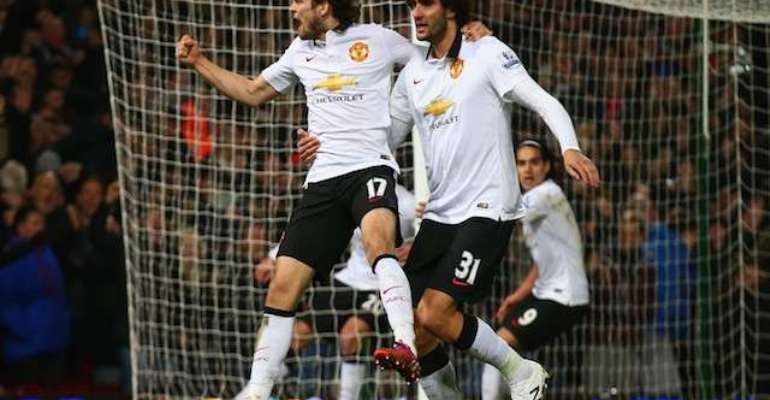 West Ham United were denied a first league win against Manchester United in over seven years as Daley Blind rescued a point for the visitors in stoppage time at Upton Park.

Chances were few and far between in the opening period, especially for the visitors, as West Ham United started far livelier.

West Ham looked extremely dangerous from set pieces in the first half and that was where the opening goal came from less than four minutes into the second period.

Mark Noble's inswinging free kick bobbled up for Cheikhou Kouyate and the midfielder showed great composure by juggling the ball in a crowd of players before pinging home a volley that deflected off Daley Blind past De Gea.

The hosts were then cruelly denied three points in the second minute of added time when Blind picked out the corner with a first-time finish as West Ham failed to clear their lines.

Man Utd extend their unbeaten away league run to seven games, staying fourth in the table, while West Ham miss out on the chance to climb above Liverpool. They stay seven points behind the Champions League spots in eighth.