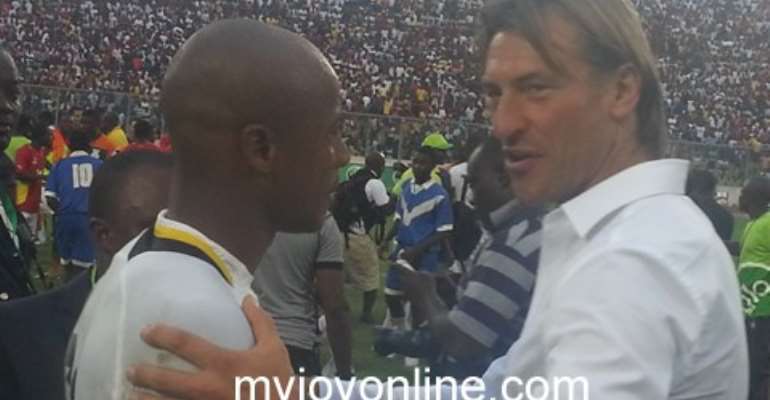 Cote d'Ivoire head coach Herve Renard believes his side hold the mental edge over Ghana heading into the Africa Cup of Nations final on Sunday.

The Elephants, who reached the showpiece in Equatorial Guinea following a 3-1 semi-final triumph over DR Congo, have not been crowned continental champions since 1992, when they defeated Ghana on penalties.

And Renard is confident that his players, many of whom are considered part of Cote d'Ivoire's "golden generation", will finally deliver on their potential in the rematch against the Black Stars in Bata.

"The win in 1992 is a psychological advantage as Cote d'Ivoire beat Ghana on penalties," said Renard, who was Ghana's assistant coach at the finals seven years ago.

"Some people are also expecting the Black Stars to win. What people think is not important, we have to focus on our target. We know why we are here.

"In my opinion, it's time [for us to win]. We will see what happens on the night. It will be a tough game - a final between two of Africa's strongest teams. It won't be easy.

"I know Ghana very well, but they also have some new players. It is better to know them very well."

Question marks remain over whether Asamoah Gyan will be fit for the final but Renard is equally wary of the threat posed by Andre Ayew.

He continued: "If you don't know Asamoah Gyan is a good header of the ball, then you are in trouble. So, we won't be surprised by them.

"But Ghana is not only Gyan. Their best player is Andre Ayew and so we have to be very careful about him."