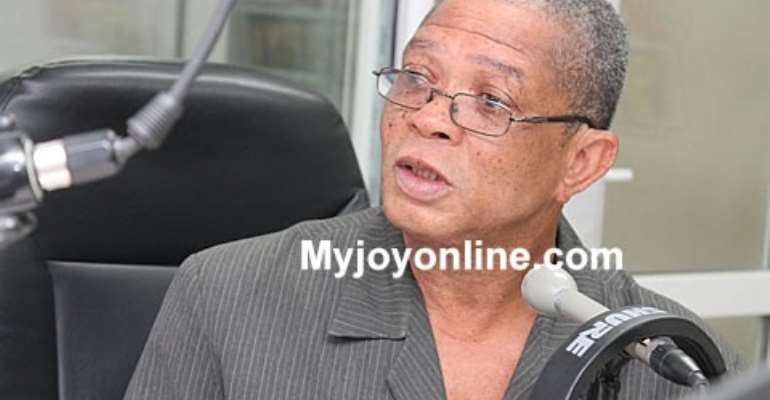 A member of the communication team of the ruling National Democratic Congress (NDC) is blaming Ghana's power crisis on what he says is poor advice from technocrats.

According to Eric Ametor-Quarmyne, had President John Mahama and the sector ministers been advised properly by the skilled elites in charge of country's power, adequate steps would have been taken to prevent the current power production shortfall that has plunged the country into darkness.

"The whole power problem hinges on our technocrats, those who operate and run these equipment. Government can only act in a certain manner from the information that is fed to it by those who run these equipment", Ametor-Quamyne said on Newsfile, news analysis programme on Multi TV and Joy FM.

He said it was wrong for people to "accuse Government of ineptitude or lack of ability to think beyond the box and provide solutions to the power problems" because whatever decision has been taken by government on power has been informed by advice from managers of the country's power producing units.

A new load shedding guide released by the Electricity Company of Ghana (ECG) shows that large parts of the country would be without light for 24 hours and 12 hours of light -- a schedule that has been described as the worst in the country's history.

Causes of the current power problem, according to the Power Ministry has been reduced to crude oil shortfall to power generating plants, low water levels to power turbines at  Akosombo dam and recently commissioned Bui dam, as well as shutdown of plants by some Independent Power Producers (IPPs) for maintenance.

Ametor-Quarmyne is not surprised that no techonocrat has been fired despite their lack of good advice because "in our part of the world, those things are looked on differently".

He has suggested proper coordination of the activities of IPPs as a way of reducing the impact of shutdown of thermal production units for maintenance.

"We need a central unit, maybe at the newly created ministry of power which will be able to coordinate with this private producers and line up a timetable for maintenance and when they think that they will be off from production", he said.

But Abdul Malik Kwaku Baako Jnr, who was part of panelists on the Newsfile programme thought Government cannot be left off the hook for the current power situation.

He said it is common knowledge that politicians do reject suggestions from technocrats on the way forward on many issues. Story by Ghana | Myjoyonline.com | George Nyavor | [email protected]