'Dumsor is not the making of Mahama'- Sam George 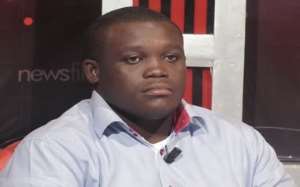 A Presidential Staffer has mounted a vehement defence for President John Mahama who has come under a barrage of criticism for Ghana's crippling power crisis.

If anything, John Mahama should be applauded for seeking a long term solution to the crisis, Sam George said on Joy FM's Newsfile programme, Saturday.

"Dumsor is not the making of Mahama," he pointed out, blaming the situation on failure by preceding governments to invest in the energy sector.

"Mahama is not in for stop gap solutions. He is in for a long term solutions," he stated.

While apologising to Ghanaians for the energy crisis they have been plunged into, the presidential staffer catalogued series of challenges he said contributed to the crisis.

According to him the Akosombo Dam is running on three turbines instead of six due to the low water level.

The Bui Dam is also unable to run at full capacity, he stated, adding, one out of four turbines in the Kpong Dam is also not working.

The Asogli plant has also been shut down due to contaminated oil, he indicated.

Host of the show, Samson Lardy Anyenini did not understand why all these challenges appeared to be taking place at the same time, a concern Sam George attempted to address with three possible scenarios.

"Is it as a result of ineptitude; some level of sabotage; or coincidence? he asked but would not emphatically put a finger on one.

He said government has taken steps to address the crisis. He mentioned the 250 megawatts project at Aboadze Thermal as well as power badges to be imported from Turkey.

Sam George said the agreements on the power badges are almost completed which will pave way for the badges to be brought to Ghana.

Kweku Baako Jnr who was also on the show said he was fatigued with talking about power crisis.

He said the political leadership must be held largely responsible for it.

For a power minister Dr Kwabena Donkor who was vocal before his appointment and who even lampooned some of the official dumsor explanations, Kweku Baako Jnr said the new minister must now walk his talk.