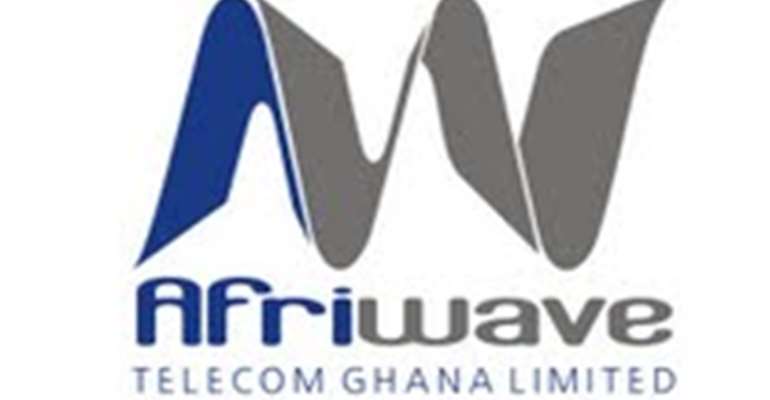 Afriwave Telecom Ghana Limited is gearing up to start operations in May as the licensed operator of the Interconnect Clearing House in the telecoms industry.

It is a wholly owned Ghanaian company that employs a wide range of technologies in its operations including GSM, GPRS, LTE, Wi-max and CDMA among others

As the operator of the clearing house, Afriwave is to engage two main partners: Meucci which has the expertise in real time monitoring of telecoms traffic and Huawei which also specializes in deployment of technology and telecoms equipment. It would also work with international consulting firm, Laurettia Associates in the network integration process.

Afriwave has been engaged in several telecoms projects in Ghana since 1999. Prominent among them is the installation of fixed and broadband systems for the then Ghana Telecoms (now Vodafone) since 2006 and a contract to do fault clearance and maintenance for the same company in 2011.

The newly-licensed operator of the clearing house also carried out a number of projects for Zain Ghana (now Airtel Ghana). This includes the migration of fixed Line customers from Western telecommunications (Westel) network to that of the Telcom Company in 2008, building of generator brick houses and the deployment of GSM Payphone in Secondary schools across the country in September 2010 which is still ongoing having deployed over 1150 payphones so far. Also is the co-location of seven sites of Airtel to Vodafone sites in 2010.

The company's experience extends to international telephone traffic which would be critical in the execution of one of the major functions of the clearing house, monitoring of international traffic. Between 2004 and 2007, it assisted Vodafone to detect fixed telephone lines used to illegally terminate international calls in Ghana on the network – a phenomenon not any different from the current challenge of SIM Box fraud.

So if this, coupled with Meucci's identity as a world leader in combating SIM-box fraud are anything to go by, then one can conclude, this could perhaps mark the beginning of the end of the SIM Box menace which is costing both government and Telcos millions of Ghana cedis.