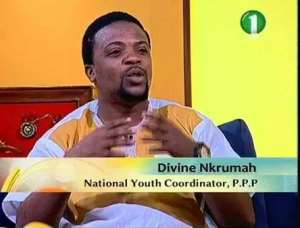 Not too long ago, some people made a mistake of voting into power a clueless regime which has so far not met the aspirations and needs of the good people of Ghana. Such a mistake could not have been committed by discerning Ghanaian voters but for the many good hearted followers of the ruling government who follow the party without any tangible course, but under deception.

Sincerely speaking, I cannot understand why some people continue to claim membership and support the NDC party. At any rate, why should anybody feel comfortable parading around as a supporter of the NDC? Certainly, democracy requires participation but that does not also mean that we should get behind political parties blindly. When we blindly adopt political parties, we become automatons. I consider it highly preposterous and I shall simply do justice to this subject by exposing the variations.

We have heard time and again that the National Democratic Congress (NDC) was formed basically on the ideals and vision of Former President Jerry John Rawlings who at the time was the chairman of the Provisional National Defence Council (PNDC). The PNDC was a revolutionary mechanism that overthrew the 1979 constitution and entrenched itself as the government of the people of Ghana for over a decade before allowing for the re-introduction of our current republic through the 1992 constitution. The atrocities that were visited on the souls of many innocent Ghanaians by the PNDC cannot be overemphasised. A reproduction of such atrocities sometimes raises sentiments that are sad.

Be that as it may, the leader of the PNDC, Chairman Rawlings was able to successfully carve a new political tradition based on the social philosophies of the old. These social ideals promised equality in society; one man, one house phenomenon. They promised to bridge the gap between the poor and the rich and so they had to seize assets of the rich and pretend to distribute to the poor. Their machinations have been so sophisticated that, they keep drawing the poor to themselves in the guise of defending them, yet end up making them worse than they were…..

For now it has become clear that even people close to Mr. Rawlings, (the Founder of NDC) have been disappointed that his vision had not been realised. The slogan of “fighting for the poor” had just been propagated as a political trump card cleverly articulated to take advantage of the people's poverty inflicted by the same rulers and their bad policies.

The notion of probity, transparency and accountability has rather given birth to create, loot and share. No wonder even the founder's wife, Mrs. Nana Konadu Agyeman Rawlings has exited from the NDC to form her own party called the National Democratic Party (NDP); for she has seen that her husband's NDC has nothing good to offer Ghanaians.

The question now is, why then should Ghanaians still continue to follow the NDC? If those close to the vine are not drinking it, then why should strangers go near it at all? What saddens me is that the masses who follow the NDC are being led to perdition. It is even more worrying when they are not able to see through the deceit being perpetuated by their leaders. The danger for all Ghanaians is that they determine who governs this country as we currently have a clueless and incompetent administration in place. “We Get What We Vote For” so NDC voters should learn to stay away from this empty slogans and spare us all the agony of a bad administration in 2016.