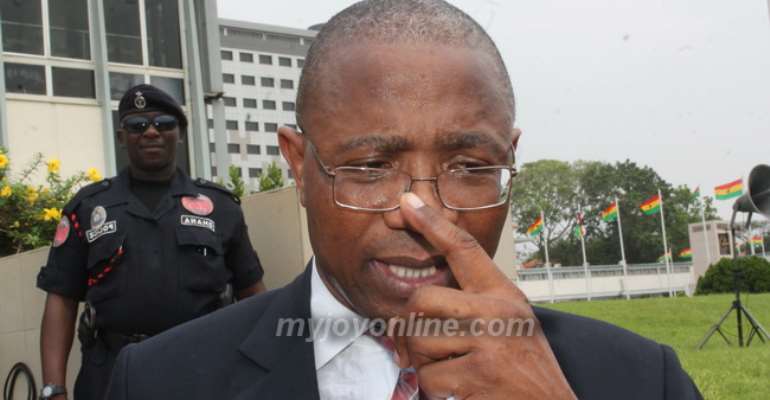 The Chief of Staff, Prosper Bani, has formally announced that Mr. Ben Dotsei Malor has concluded his one-year contract as Communications Adviser at the Flagstaff House.

Mr. Malor has been on a one-year contract, which began in January of 2014 when he joined the Flagstaff House Communications Bureau as an Adviser and Spokesperson for the President.

Having completed the term of the contract, Mr. Bani in a statement said Mr. Malor is returning to the United Nations, from where he had taken a one-year leave of absence.

Additionally, Cabinet Secretary Mr. Roger Angsomwine has been asked to act as Secretary to the President. He replaces Dr. Raymond Atuguba who returns to the University of Ghana at the end of a two-year sabbatical leave.

“These changes,” according to the statement, “are part of changes which will be taking place at the Flagstaff House over the next few days.”