Technology: Geolocate your keys; or your cat 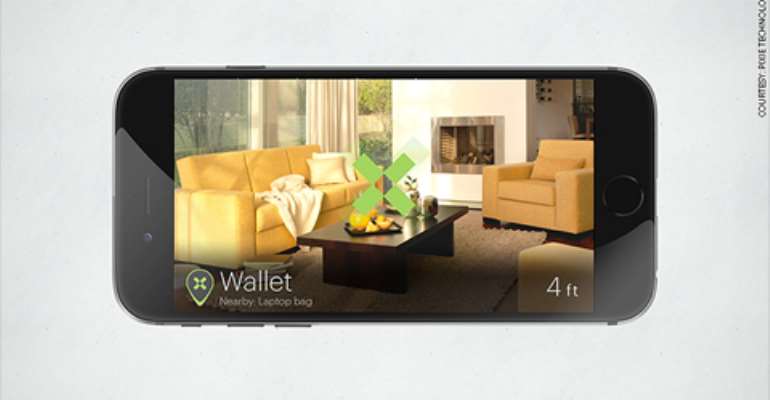 No more playing hide-and-seek with your cat. Or your keys for that matter. Startup Pixie Technology has the remedy for these very first-world problems.

The company was born out of a very real frustration.

"Finding my cat took 30 minutes, finding what I sold in China in '03 took me a second," said CEO and co-founder Amir Bassan-Eskenazi. "I was struck by the difference between the digital world and the physical world."

He spent the next two years developing Pixie, which lets someone affix lightweight smart tags -- or "pixies" -- to possessions to keep tabs on their whereabouts. Think of it like a GPS system for everyday items.

"[The Internet of Things] was mainly about controlling things and getting data from things," Bassan-Eskenazi said. "But the notion of location was really never addressed."

Pixies -- which look like location pins from Google maps and fit in the palm of your hand -- interact with each other using Bluetooth LE technology. They triangulate where they are in relation to each other, so the more items that have pixies, the more data available to pinpoint an item's exact location.

Users take a picture of each item and assign each tag a name in the app. Then, affix the tag onto the item. Next time it's missing, just open up the Pixie app, and an "X" will indicate where the item is (so long as it's within 150 feet). The tech can transmit through water, walls and glass.

The app also has a feature that sends automatic notifications if you leave the house without certain items.

CNNMoney demoed the technology several weeks ago with Bassan-Eskenazi and Ofer Friedman, Pixie co-founder and chief technologist. The device wasn't quite finalized and therefore not completely accurate (the app marked an X on a door, a few feet from the chair where the item actually sat.)

Pixie, which has raised $7.8 million from Spark Capital and Cedar Fund, is cheaper than competitor Tile (and has the potential to be more precise). On pre-sale Tuesday, Pixie costs $39.95 for a 4-pack.

The founders say Pixie's kinks will all be worked out by the time it gets into customers' hands this summer, when it's expected to ship. And customers need not worry about security, as the devices encrypt all communication once assigned to an account.

The pins are disposable and will last up to 18 months. Just the right amount of time, according to the founders, for Pixie to roll out its next iteration.

The next version of the tags will be smaller. Right now, they're too large to affix to glasses -- a common item that many, like my own mother, can never find. They're also working on increasing the pixies' range so it can track Fido, too.