No End To Dumsor Says Minister 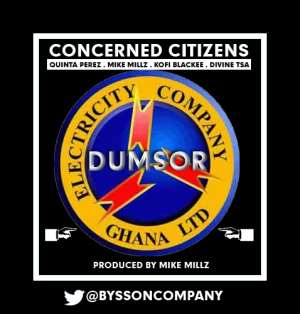 The erractic power supply currently being experienced throughout the country is not going to end soon, the newly-created Ministry of Power has revealed.

Dr Kwabena Donkor, Minister of Power, who made this known at a press conference in Accra yesterday, said: 'I can't give specific timeline regarding when the load shedding will be over but I can assure you that it will end this year. With the kind of measures put in place, we don't expect to see load shedding in the coming years.'

The current power crisis has been ongoing for almost three years, beginning May 2012, with failed assurances from the authorities.

President Mahama had promised ahead of the December 2012 general elections that load shedding was going to be a thing of the past by the end of 2013.

But two years down the line, 'dumsor,' as the power outage is known in local parlance, is biting harder than has ever been seen in the country's power supply history, raising questions about the measures put in place since 2012 to address the problem.

Strangely, instead of ending the dumsor, a six-member committee has been set up to draw a timetable for load shedding which is now 24 hours off, 12 hours on – and in some instances, 48 hours off.

The creation of the power ministry by President John Dramani Mahama, meant to address the energy crisis, has not yielded any positive results as the minister in-charge talks more about long term measures than short term ones to alleviate the suffering of power consumers and stop the collapse of industries.

According to Dr Donkor, some measures were being put in place by government to address the problem albeit mostly long term ones.

He said the country had continued to experience supply inadequacies for some time now due to the non availability of requisite generating units through faults, lack of mandatory inspection and routine maintenance, poor hydrology and fuel supply challenges, among others.

'Currently, we are shedding 440 Megawatts of power during off-peak period as against planned 250MW and 650MW at peak as against 350MW,' the minister stated.

Dr Donkor said the ministry was working hard to increase the generating capacity to match up with the increasing demand.

'Projected demand for the country this week is estimated at 2,109MW. The total available generation capacity is currently at 1,494MW (peak) and 1,238MW (off-peak). This therefore leaves a deficit in generation capacity on the National Interconnected Transmission Network (NITS),' Dr Donkor said.

Short Term Measures
The power minister expressed regret about the current situation, stating that the ministry's focus was to address the short term challenges without losing focus of the medium term development plans.

To this end, Dr Kwabena Donkor said the ministry was working on different emergency power arrangements to shore up the supply situation.

The arrangement, he said, included the construction of 250MW power plant at Aboadze and 250MW GE plant, adding that a 2x 225MW power ship was also being pursued.

The minister said all things being equal, a power ship was expected to arrive in the country in April this year, adding that the ship would use heavy fuel, not gas.

The ministry of power, in collaboration with the relevant stakeholders, has already made significant progress towards the completion and commissioning of a 220MW Kpone Thermal Power Project (KTPP) and 110MW Tico Expansion project.

'These arrangements will eventually increase our generation capacity by about 1,000MW in the short term and ultimately provide us the platform to pursue the medium to long term solutions,' Dr Donkor disclosed.

In view of that, Dr Donkor said his outfit had directed ECG to publish the load shedding schedule, ensure equity and urgently attend to isolated outages not directly related to the load shedding.

'Whilst the ministry and its agencies commit to stick to the load shedding timetable, there are occasions where ECG has had to shed more than its planned schedule in order to prevent collapse,' he noted.

30,000 Disqualified From Voting On December 7
57 minutes ago