J.B Danquah And His Suffering At The Nsawam Prison!!! 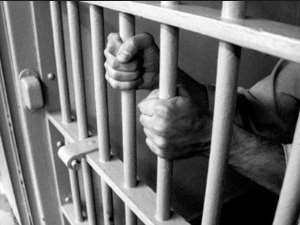 One of the most distinguished and long serving sons of Ghana who died in DR NKRUMAH's detention was Dr Joseph Boakye Danquah (Kwame Kyeretwie) Boakye Danquah ,a scholar, philosopher ,writer ,journalist, lawyer, statesman and a cultivated man of many accomplishment.

Dr Danquah was born on 21st December, 1895, at Bepong in kwahu. He was a founding member of West African Students Union of the Great Britain and subsequently became an editor of the WASU MAGAZINE between 1923

J B Danquah, was a man, who had great love for his country Ghana, at age 70, he was confined in the condemned cells, on the upper landing in his case, together with other condemned prisoners.

He was arrested and detained on the 8th of January 1964 and was admitted to Nsawam Prison and lodged in the Condemned Section in cell No9 on the upper landing. The cell was approximately nine feet by six feet in area, secured by a solid door with small open grille in the top half of the door and barred window high up in the rear wall. The cell contained no bed or other furniture other than chamber pot.

For three months after admission at the Nsawam Prison, he was not issued with bed, but first of all with only a blanket to cover the bare concrete floor. Danquah was put in chains or long iron on 30th June, 1964, from morning to evening and was treated as a criminal at Nsawam prison .He was put in a leg iron by five warders in the presence of other warders in Cell NO 9 of the special Block.

The life of Dr Danquah in the cells was regimented in the same manner as that of a condemned prisoner awaiting execution but meanwhile ,he did nothing wrong to be treated in such an uncivilized manner and history would forever remember him for his selfless service to Ghana .

Indeed in some respects, his treatment was more rigid and circumscribed .On the few occasion that the man who competed with Dr Kwame Nkrumah in the 1951 election was permitted to use the lavatory at corridor of the prison, he was escorted there and back.

During the early part of his detention he was allowed no visitor nor allowed to write letter. There were conflicting evidence with regard to the diet given to Dr Danquah and a few of the other prominent detainees confined in the Condemned Block. The treatment that was given to DR Danquah was not good.The food was poor, and even when the doctor recommended European diet for him, this was overruled by the Director of Prison.

On 4th Of February ,1965 at 6.10am following the normal routine, Danquah was unlocked and escorted to the end of the corridor to take his bath at 6.20am. On his returning to his cell, he found, apparently that his cell had been thoroughly searched and some of his things ,including his Bible ,were on the floor. He lost his temper and began to abuse the warder. This brought on a heart attack and he collapsed and died.

The death of Dr Danquah in prison on the 4th of February 1965, received some prominence in the press throughout the press at that time. In fact, there were wild rumors about the circumstances of his death, circulated at that time and still circulates even till now, that we are celebrating the 50-years of the death of our statesman.