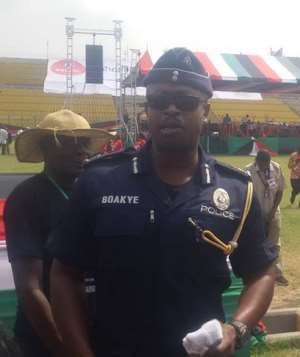 Ashanti regional minister Dr. Samuel Sarpong has dissociated himself from the Coalition of NDC Footsoldiers, a group that tried to speak on his behalf on suspicion the regional minister was being bad mouthed by some people in the top brass of the party within the region.

The group mentioned Deputy Ashanti regional Minister, Joseph Yammin and Kumasi Mayor Kojo Bonsu among others as working against the Regional Minister.

In a statement however, the regional Minister, through his spokesperson distanced itself from the group and says he has not sent anyone to speak for or on his behalf.

Clement Kegeri who spoke on Fox FM morning show emphasised that the Regional minister respects his Deputy; Joseph Yammin, the KMA Chief Executive; Kojo Bonsu as well as some party executives and extolled their hard work.

He also called for people who make divisive statements within the party to be punished to serve as a deterrent to others.