Ashanti Regional Minister Is Not Here To Support TEIN—Spokesperson 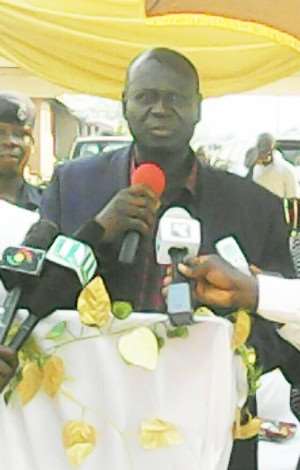 Spokesperson for the Ashanti regional minister, Clement Kegeri has dismissed calls for his boss' removal from office over what has been described as his ineptitude and general poor human relations.

The students' wing of the NDC in the Ashanti region issued a press statement asking the President to dismiss Dr. Samuel Sarpong from office over some attitude of the Regional minister which they believe will cost the party its one million vote target.

Fatawu Abubakar Sadique, who signed the statement insisted TEIN is withering away in the region because the minister does not honour any TEIN invitation nor support the wing in any way.

“Most party functionaries have coiled in their shells because the Regional Minister will stop at nothing to clamp down on any person whose actions take the shine away from him.”

Dr. Sarpong's spokesperson on Nhyira FM's morning show however dismissed the calls as baseless as according to him the regional minister is not in office to support TEIN activities.