Better To Prevent Rather Than Treat Lung Cancer 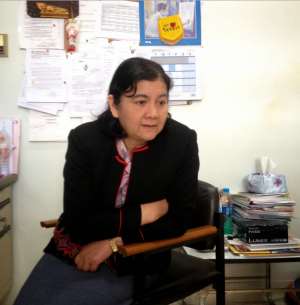 Every 30 seconds, someone, somewhere in the world dies of lung cancer. According to the World Cancer Report 2014, more people die from lung cancer than from any other type of cancer. In 2012 lung cancer was the most commonly diagnosed cancer, with 1.8 million cases worldwide, accounting for 13% of all cancer cases. It also resulted in 1.6 million deaths (19.4% of total cancer deaths).

Dr Sumitra Thongprasert, Special Content Editor of Journal of Thoracic Oncology, and member, Board of Directors, International Association for the Study of Lung Cancer (IASLC), spoke to Citizen News Service (CNS) team in lead up to the World Cancer Day 2015.

Dr Sumitra lamented that in the whole of South East Asia lung cancer is a major public health problem due to its high incidence and death rate—90% of patients with lung cancer will die soon. In Thailand, lung cancer rates rank number one in men, and in women it is next to breast cancer.

Dr Sumitra is also an Emeritus Professor at Maharaj Nakorn Hospital and Medical College, Chiang Mai University and senior Medical Oncologist at Bangkok Hospital, Chiang Mai. On lung cancer diagnosis and treatment she added: "Lung cancer is one of the most difficult cancers to treat. It is often diagnosed at a late stage. Early detection is not easy and costs a lot of money. At present early detection is intended only for high risk patients--heavy smokers above 55 years-- as low dose chest CT Scan is very expensive and needs to be done every year. The problem of early detection is compounded in countries that have high incidence of TB. Symptoms such as fever, cough, expectoration, weight loss and anorexia are common to both TB and lung cancer. So in high burden TB countries, like Thailand and India, it is not uncommon to find a lung cancer patient being misdiagnosed and treated for TB initially. High costs, mis-diagnosis or false diagnosis make early detection difficult.”

On lung cancer treatment outcomes she said: “If diagnosed in stage 1, there are 70% chances of 5 years survival, but in stage 4 with tumour not being targetted, chance of 5 years survival is less than 5%. If one is lucky and the tumour is targetted in stage 4, 5 year survival rate increases from 5% to 20%. At present we have a very good drug in the market, but it is not accessible to most due to its prohibitively high cost. 67% of stage 4 lung cancer patients on this drug will live for 2 years.”

She reflected on what needs to be done: “Unlike most other cancers, curtailing lung cancer incidence is in our hands. There is a strong connection between tobacco use and lung cancer. Cutting down on tobacco will go a long way in controlling it, as nearly 90% of lung cancer cases in this region are due to smoking—mostly directly- and in some cases due to second hand smoke too. So the best thing is to prevent, rather than treat, lung cancer. So we must encourage people to stop tobacco smoking.” Tobacco use in any form (smoking, smokeless) increases risk of life-threatening diseases and disabilities.

“Countries like China, Korea and Japan where smoking rates are high, also have very high incidence of lung cancer. Even in Thailand, incidence is high, especially in the Northern provinces of Lampang and Chiang Mai where there is tobacco farming and many Thais smoke their own homemade cigarettes.”

“The main problem is that it is difficult to make people cut down on smoking once they are addicted to it. Another big challenge which we are likely to face is from proliferation of e-cigarettes. With countries going for more stringent curbs on smoking, the tobacco companies are turning to producing e-cigarettes in a big way, and currently their market is unregulated.”

“We need to put more pressure on the industry/producers and not just on the consumers. Governments need to control tobacco growing and cigarette manufacturing too. Tobacco farmers complain about loss of livelihood when controls are put on tobacco production. But this is like being penny-wise and pound-foolish, as health expenditures arising out of tobacco use far outweigh the earnings from tobacco production/sale.”

“But in the future simply limiting tobacco production may not work as e-cigarettes would have taken the place of ordinary cigarettes. In my opinion, as tobacco plantations decrease, e-cigarettes will move up the ladder. We have to put out all efforts to regulate production and sale of e-cigarettes now—they may not have tobacco, but perhaps other worse chemicals. Lung cancer incidence has not plateaued off yet and I am afraid that e-cigarettes may worsen the situation.”

As an end note it would be pertinent to recognize India's latest efforts to curb tobacco consumption. India's Ministry of Health and Family Welfare is currently inviting suggestions from the public for the draft Cigarettes and Other Tobacco Products Act (COTPA) Amendment Bill 2015, proposed by it. Apart from increasing the penalties manifold for smoking in restricted areas, producing/selling tobacco products without approved packaging, the Bill also envisages to: ban onsite advertising of tobacco products, scrap designated smoking areas in hotels, restaurants and domestic airports, raise the minimum age for buying tobacco products to 21 years, ban spitting of tobacco products in public places—all of which if implemented properly will go a long way in purifying the air we breathe.

Let us hope that we can collectively strive hard for a tobacco free environment, as wished by Dr Sumitra Thongprasert, and, in the process, curtail lung and some other forms of cancer too.

Ministers create 'kingdoms', become 'untouchable' if not res...
5 minutes ago

Some ministers I reshuffled not my best friends anymore – Ma...
5 minutes ago