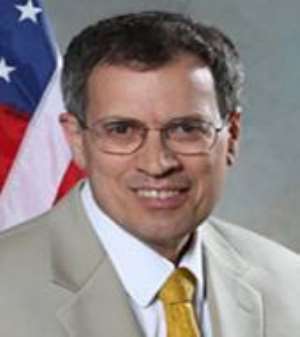 A roundtable, held last week at the Institute of African Studies reports that the Nigerian government's "…campaigns have not addressed their plans for combating the growing insecurity that has left Nigerians living in fear, and paralyzed educational and economic activities in large swaths of Northeastern Nigeria." A string of terrorist attacks have occurred as Nigeria has struggled to build a functional and coherent response. Fortunately, there is a science-based approach to create societal coherence that can protect Nigeria from both internal and external threats. It is called Invincible Defense Technology (IDT) because it assures invincibility, peace, and even economic progress, to the nation and the military that employ it.

The IDT approach to defense has its basis in a radically new preventive model that has been thoroughly field-tested in numerous world battlegrounds. This approach results in rapid reduction of individual, societal and national collective stress. Its methods have been proven and adopted as part of the training of America's future commanders at Norwich University, a nationally respected and oldest military academy in the USA (see also the YouTube video "Meditation Improves Performance at Military University" and the Official Homepage of the US Army). IDT is further validated by 23 peer-reviewed studies carried out in both developed and developing nations. Its coherence-creating effect has also been documented on a global scale in a study published in the Journal of Offender Rehabilitation. When large assemblies of civilian IDT experts gathered during the years 1983 - 1985, international conflict decreased 32%, terrorism-related casualties decreased 72%, and overall violence was reduced in nations without intrusion by other governments.

IDT is totally unlike any other defense technology because it does not use violence in an attempt to quell violence. It is a more civilized approach, one especially worthy of nations that abhor violence as a means to power. IDT uniquely goes to the root cause of violence - the built-up stress in the individual and collective consciousness. Scientists have evidence that high levels of collective societal stress are the underlying cause of war, violence, crime and terrorism. When the IDT methodology is applied, stress levels throughout the population are rapidly reduced.

In an environment of lowered stress even staunch adversaries find ways to cooperate and overcome long-standing differences.

IDT Reduces Societal Stress
IDT uniquely neutralizes the underlying power base of contending groups, which is the stress, frustration and civil dissatisfaction prevailing in the general population. By eliminating the root cause of insurgency, violent outbreaks are pre-empted and prevented. IDT is effective because it gets to the heart of the matter. Terrorism often thrives in nations in which decades or even centuries of under-employment, poverty, and hunger have created a huge societal weight of stress, frustration and endemic unhappiness. This inevitably finds expression in acts of terrorism, civil unrest, social violence, and a downward spiral of economic degradation.

A specially trained military unit, an "IDT Prevention Wing of the Military," uses IDT to reduce stress in the national collective consciousness. IDT could also be introduced into other large groups such as the police forces, or militias. As the stress and frustration ease, the population is more capable of finding orderly and constructive solutions to their problems.

Experience with IDT in other war-torn nations demonstrated increases in economic incentive and growth. Entrepreneurship and individual creativity also increased. With increased civic calm, people's aspirations are raised and a more productive and balanced society emerges. Such a society abhors violence as a means for change or as an expression of discontent. With this, the ground for terrorism is eliminated. What is more fascinating, this change takes place within a few days or weeks after IDT is introduced. The changes are measurable from such statistics as crime rates, accidents, hospital admissions, infant mortality, etc.

Rapid Transformation Through IDT
The daily routine for the IDT military personnel includes the nonreligious practice of the Transcendental Meditation® program along with its advanced form, the TM-Sidhi program. As a societal coherence-creating military unit, they practice these programs twice a day, seven days a week, preferably in a secure location near the targeted population.

Such coherence-creating groups have achieved positive benefits in society, shown statistically, in a short time. Modern statistical methods used in this research show a low probability of any explanation other than a causal influence of the technology.

The IDT approach has been used during wartime resulting in the reduction of fighting, a decreased number of deaths and casualties, and an improvement in progress toward resolving the conflict peacefully. The war in Lebanon in 1983 was dramatically impacted in a peaceful way by an IDT Intervention Group. A thoroughly documented study of this phenomenon was published in the Journal of Conflict Resolution, and summaries of follow-up studies were published in the Journal of Social Behavior and Personality and the Journal of Scientific Exploration.

Summary
IDT works by utilizing our natural human brain mechanics, the most powerful natural resource possessed by every nation on earth. The beneficial transformational effects of IDT have been statistically proven numerous times to decrease and prevent violence and terrorism, and boost the economy.

IDT defense technology supersedes all other known defense technologies (which are based on electronic, chemical, and/or nuclear forces). These old, fear-based modalities are ultimately self-destructive for any nation, and for the human race as a whole, and must be replaced with IDT. So far, IDT is the only known, proven constructive approach.

The military that deploys this powerful, human-resource-based technology disallows negative trends and prevents enemies from arising, and as a result, it has no enemies. No enemies means no war, terrorism and no insurgency.

The Time for Action is Now
IDT is the twenty-first century's leading-edge defense system. If Nigeria establishes IDT Prevention Wings of the Military, they will ease high tensions, reverse mistrust, crush hatred, create stability and permanently prevent war and terrorism. Extensive scientific research objectively says, "Yes, the system works." Why not use it in Nigeria? Time is running out. The best time to act is now, before Nigeria's perilous situation worsens.

NOTE: Over 900 locations have published articles about Invincible Defense Technology. See this webpage for links to these articles http://www.invinciblemilitary.org/articles/dr-david-leffler-publications.html

References
1. Dr. David R. Leffler (Fall 2009). A New Role for the Military: Preventing Enemies from Arising-Reviving an Ancient Approach to Peace. Journal of Management & Social Science (JMSS), Vol. 5, No. 2., pp. 153-162. This peer-reviewed journal is published by the Institute of Business & Technology BIZTEK in Pakistan. The abstract was published in Session 6, p. 44 of the proceeding of the "International Sociological Association Research Committee 01 Seoul National University & Korea Military Academy International Conference on Armed Forces & Conflict Resolution in a Globalized World." July 14 - 17, 2008, Seoul, Korea. The paper was also presented at KIDA, the Korea Institute of Defense Analyses.

3. Dr. David R. Leffler (2008, February). An Overlooked, Proven Solution to Terrorism. In "55 Trends Now Shaping the Future of Terrorism." Edited by Dr. Marvin J. Cetron and Owen Davies: The Proteus Trends Series, Volume 1, Issue 2 (pp. 18, 79, 176, C-13 through C-16). Dr. Leffler served as an Associate of the Proteus Management Group at the Center for Strategic Leadership, US Army War College where he was published in this US government-sponsored report aimed at governmental and military leaders. Excerpts about Invincible Defense Technology taken from the 254 page report are available online at: http://www.DavidLeffler.com/terrorism-trends.html Note: The entire paper version of the report is available online at: http://www.amazon.com/Trends-Now-Shaping-Future-Terrorism/dp/1441451412

Adwoa Safo impersonation: Findings from our preliminary inve...
28 minutes ago

Acting Speaker Joewise throws out minority’s motion to overt...
43 minutes ago