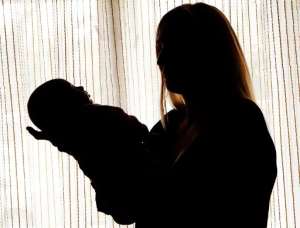 Niamey (AFP) - A court in Niger on Friday dropped charges against some 20 people accused of trafficking in newborn babies, including opposition leader and former parliament speaker Hama Amadou.

"The tribunal declares itself incompetent," the judge announced, stating that no civil jurisdiction had yet ruled in such a case, where the motherhood of babies was attributed to women other than those who gave birth.

Some defendants, who include top political, military and business figures accused of trafficking in some 30 babies from Nigeria, cried out with delight on hearing the judge stand down.

Former agriculture minister Abdou Labo, a politician in the dock who is close to President Mahamadou Issoufou, embraced defence lawyers with a smile.

"The court has declared the action of the prosecutor inadmissible. The judge has declared himself incompetent. There is no more prosecution against (the accused) or against anybody else," lawyer Boubacar Mossi said.

Nevertheless, the public prosecutor has 10 days to appeal.

"The decision concerns all the individuals, including Mr Hama Amadou," who was not in the courtroom, having fled to France when he was implicated in the affair, another lawyer, Nassirou Laouali, told AFP.

The former speaker, who has become the leading rival to the head of state, was charged alongside his co-accused -- including one of his wives -- with allegedly taking custody of babies born to women in Nigerian clinics that offer infants for sale.

Amadou has maintained that the case against him was politically motivated, arguing that the authorities are determined to discredit him before the next presidential election due in 2016.

Issoufou's regime has denied this allegation.

An arrest warrant for Amadou was issued late in September last year. Two months afterwards, the parliament elected a former opposition politician, Amadou Salifou, to replace him as speaker.