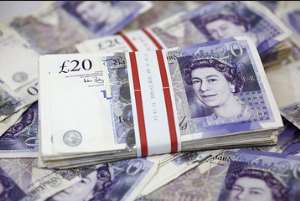 More than 40 per cent of young professionals in the UK say that a payrise is top of their wish list for 2015, according to a recent survey conducted by insurance provider Endsleigh.

Despite the average salary in the UK being just over £27,000[1], the 2014 Annual Survey of Hours and Earnings (ASHE)[2] found that those aged between 22-29 earn £21,609 a year on average, while 18-21 year olds are on just £13,851. Not only do young professionals want a payrise, a quarter of survey respondents also said they want a promotion in 2015, while one in five say they want to change their current jobs altogether.

“There's no definitive way to ask for a salary increase, but knowing relative market rate is a good start as it helps benchmark what you should be earning. At the same time, your chance of getting a pay rise fundamentally comes down to how valuable you make yourself to employers. Good bosses want to cultivate and retain talented team members, especially those who have great attitude as well as aptitude."

The study also revealed that as well as a payrise respondents want more stamps on their passports, with over a third wanting to travel this year. This supports a recent study by Love Holiday [3] which revealed that Brits are spending twice as much on holidays than 10 years ago, equating to more than 10 per cent of the average monthly wage.

Travel expert Mark Hodson commented:
“The idea of bucket lists is driving a greater appetite for travel. Young people may fear their bank accounts going into the red, but there is also FOMO - the Fear of Missing Out. When they see their friends on social media travelling the world, they don't want to miss out so priorities might shift. Rather than save up money, they may decide to spend that money on a once-in-a-lifetime travel experience."

Respondents also want to become first-time buyers in 2015, with nearly a third (31%) saying they would like to own their own property. With UK young professionals already owing an average debt of over £ 11,000 expert mortgage broker Ray Boulger says:

“Young people trying to get a mortgage on a single salary is near enough impossible in most parts of the country. Based on the average salary and debt, the most realistic options available for this age group are either a joint mortgage or shared ownership/equity schemes”.

This theory is supported by the latest ONS statistics [4] which found that only one in ten under-25s now get on the property ladder as house prices soar.

Endsleigh is working with top experts to create practical and useful advice for young professionals to help them achieve their top three goals. MD of PR agency Liquid PR Jason McKenzie will give a step- by-step guide on how to get a payrise and promotion in 2015, while co-founder of 101 Holidays Mark Hodson will give tips on how to get to your dream destinations and travel within your budget. Ray Boulger of John Charcol will also be offering advice on how to get a mortgage, from cleaning up your credit and how to realistically save up for your deposit.

Advice will be available from 2nd February at www.endsleigh.co.uk

Snapshot of Results: (of which 1000 UK working professionals aged between 18-29 were surveyed)

The top ten goals for 2015 according to 18-29 year old working professionals are:

About Endsleigh:
Endsleigh is an independent intermediary specialising in the provision of insurance and financial products for professionals.

Originally founded in 1965 to serve the student market, Endsleigh has since broadened its products and services for graduates and professionals, as well as being the preferred insurance supplier for a variety of trade unions and professional organisations. The company offers a wide range of services including gadget, motor, home and travel insurance. Endsleigh also offers business insurance through Endsleigh's Business team and financial advice through the Endsleigh Financial Advice team.