Hope for Men With Erection Problems 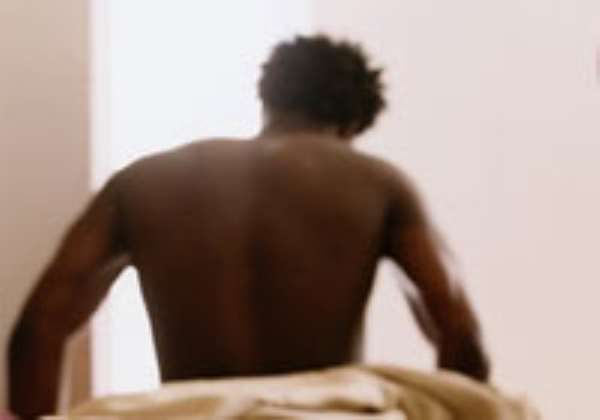 THOUGHT FOR THE DAY: There is more money being spent on breast implants and Viagra than on Alzheimer's research. This means that by 2030, there should be a large elderly population with perky boobs, huge erections and absolutely no recollection of what to do with them. THERE IS now hope, even if it is transient, for the millions of people with erection problems the world over with the introduction of Cialis for the treatment of erectile dysfunction. Cialis, which has already taken over 30% of the European market, seem to be breaking the monopoly of viagra's long reign. It was launched in the USA last December. The pharmaceutical product which seeks to restore the sexual health as a fundamental human right to the affected, has since March this year been introduced on the Ghanaian market making Ghana the third African country after South Africa and Kenya to have access to this product. Thanks to Lilly Ghana, a research and pharmaceutical company, Cialis has spread to Kumasi. The product is said to have 43% response and takes effect as early as 16 minutes after dosing but with sexual stimulation and lasts for 36 hours. Its efficacy is indicated in 81% reported study cases of improved erections.
A common feature of Cialis is that now men are free to choose with their partners the right moment and time for sexual intimacy.
Cialis, claimed to be cheaper and obtainable in leading pharmacies, is said to have a few side effects including headache and indigestion, which cases are even said to be mild, moderate and transient and were experienced by less than one out of every 10 men who were treated.
Other less common side effects include back pain, muscle aches, blocked nose, facial flushing and dizziness.
Professor Emeritus J.K.M. Quartey of the Medical School of the University of Ghana who spoke on Erectile dysfunction at the regional launch of Cialis in Kumasi last week told health professionals vouched the safety of Cialis.
According to Prof. Quartey about 150 million worldwide with 15 million of the lot being Africans experienced the inability to achieve and maintain adequate erection for satisfactory sexual performance.
He identified cigarette smoking as major cause of erectile dysfunction.
He also pointed to alcohol as a cause of the problem. "Alcohol is certainly a cause of erectile dysfunction. A little creates the desire but a lot takes it away," he explained.
Meanwhile, Dr. Ken Aboah, a Consultant Neurologist of the Kwame Nkrumah University of Science and Technology (KNUST) commended the capability of Cialis in "resurrecting the dead" and suggested its adoption by the National Health Insurance Scheme (NHIS).
He said one tablet of Cialis a month for those who needed it was worth considering by the scheme.