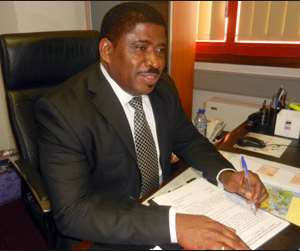 This was after management of GRA passed only 50 percent of staff, who took part in promotional exams due to the lack of vacancies.

Management of GRA also promoted some junior staff over senior ones, raising eyebrows.

A day after the matter became public following the uneasiness at the Authority, Hon Iddrisu summoned a meeting between GRA boss, George Blankson, GRA Union and the Public Service Workers Union to find a solution to the problem.

The development compelled him to order for a human resource audit.

The auditing would establish why some junior staff were promoted over senior ones although both groups sat and passed promotional exams conducted by the Authority.

The audit team is expected to commence work immediately and submit a report in five weeks' time.

A promotional course was organized in April 2014 for employees who took part in the last promotion interview in 2008, and they were supposed to have participated an interview in June 2014, but it was postponed to September 2014 because management thought the 2009 and 2010 Year groups had to take part in the said interview.

Some staff petitioned the Commissioner-General over the issue but management proceeded to interview all the three groups.

The aggrieved staff petitioned the Commissioner-General over the issue but management proceeded to interview all the three groups.