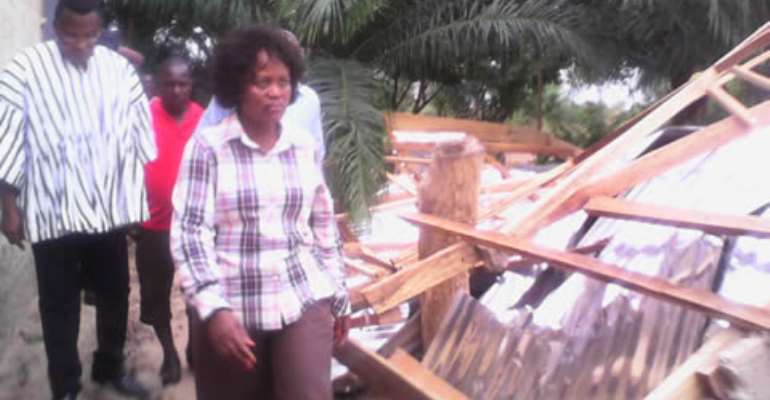 She believes checks on contractors would bring about value-for-money in projects in the region.

Her admonition follows Joy News' report on a rainstorm that swept through some communities in the South Tongu District last Saturday.

DCE for the area Samuel Mawuko Eworyi had said structural defects in some of the buildings caused the rainstorm to destroy them with ease.

"What we are looking at is roofing sheets and the wood to roof [the razed buildings]", she said.

Hundreds of families in South Tongu in the Volta Region were rendered homeless following a rainstorm that swept through some communities in the district on January 24.

Roofs of three basic schools in the district were also ripped off by the storm. In all about 91 households and schools were affected.

Have Confidence In Me, I'm An Honest Leader — Akufo-Addo
22 minutes ago