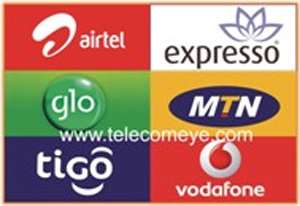 A former boss of Ghana Real Estates Developers Association (GREDA), Dr Alexander Tweneboah, and nine others have been arrested by an Anti-Telecommunication Fraud taskforce in collaboration with the Criminal Investigation Department (CID) of the Ghana Police Service with support from SUBAH Info Solutions Ghana Limited.

Dr Tweneboah was arrested alongside others in his house at Baatsona in Accra.

The suspects were said to have caused financial loss to the state to the tune of over $33 million.

The suspects, including two foreign nationals, were arrested for allegedly engaging in illegal SIM box operations in various locations in Accra, Tema, Koforidua and Kumasi in the Greater Accra, Eastern and the Ashanti Regions respectively.

The arrests were made possible through the Joint Anti-Telecom Fraud Task force made up of detectives from the CID Headquarters, officials from the National Communications Authority (NCA), the various telecom service providers in Ghana, and with technical support from SUBAH.

Subah deployed its sophisticated gadgets to locate the suspects from their hideouts where they were caught red handed.

The operations started on December 26, 2014 before Subah Infosolutions brought its sophisticated equipment on Thursday, January 8, 2015 to complement existing devices.

Briefing journalists at a press conference at the CID headquarters in Accra yesterday, Director General of the CID, Commissioner of Police (COP) Prosper Kwame Agblor, said the activity of SIM box fraudsters was leading to huge financial losses to the nation.

COP Agblor, while describing the arrest as one of the biggest and most successful operations embarked upon by the taskforce as far as SIM box fraud was concerned, said, 'All the suspects arrested so far in connection with the illegal SIM box activities have been arraigned before court and remanded into police custody pending further investigation.'

He said the taskforce was determined to pursue SIM Box fraudsters and other criminals operating in the country, and called on the general public to co-operate with the police by reporting activities of anyone engaged in such a criminal act within their communities.

He said the participation of Subah in the all-important exercise was by virtue of the fact that they had a contract with the Ghana Revenue Authority (GRA) to monitor both local and foreign inbound calls for the purposes of checking leakages in national revenue.

Mr Agblor said the mandate of Subah was to monitor, locate, identify and apprehend illegal SIM box operators across the country.

Dr Edward Omane Boamah, Minister of Communications, said the activities of illegal SIM box operators were worrying, stating that the ministry would continue to support the taskforce to clamp down on perpetrators.

He said the incident of SIM boxing would be reduced drastically when the Interconnect Clearing Housing system comes on stream.

The system, according to the minister, will make it easier for the tracking and apprehension of fraudsters, adding that the system has the capability of also preventing improperly or unregistered SIM Cards from being used.

The Managing Director of Subah Infosolutions, Birenda Sasmal, disclosed that 'assisting regulatory and security agencies to effect the arrest of these fraudsters is one of the many ways Subah is helping reduce revenue loss to the Government and people of Ghana. Subah remains committed to facilitating effective telecom resource mobilisation for national development.'

Sequence of Arrests
January 9
The first arrest was effected in Koforidua on January 10, 2015. A kingpin, who had earlier in 2012 and 2013 escaped arrest, was apprehended with two other accomplices.

January 13
Two kingpins were arrested for aiding and abetting a Congolese illegal telecom operator involved in SIM boxing on a very large scale, to escape arrest by alerting the Congolese.

January 14
A three-storey set of apartments near North Kaneshie in Accra was busted. Items found in the building were linked to the Congolese national who was already on the watch list of security agencies.

January 15
Dr Alexander Tweneboah was arrested with other suspects. Various models of SIM Box equipment were found in his house at Baatsona in Accra.

January 16
Two suspects at different locations around Asafo Neoplan station in Kumasi were arrested and their SIM box equipment confiscated. On the same day, an unmanned SIM box operations centre at Denyase near KNUST was busted.

January 17
The caretaker of a house in Tema near the harbour was arrested. His SIM box equipment was seized. Investigations revealed that two Lebanese suspects owned the seized equipment.

January 20
A SIM Box operation centre was busted in a residential area at Darkuman and a lady arrested. The lady was picked up to assist the police in their investigation.

An Italian, two Lebanese, a British, a Nigerian and 13 Ghanaians have been arrested.

All the suspects are being held in police custody.