By Friends of (FOR) 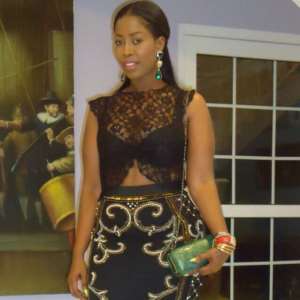 It has become imperative for the many admirers, supporters and sympathizers of Ruby to come open and begin asking probing but important questions about the dilemma in which our dear friend and sister find herself in.

Firstly, we are not in any mood to complement our dear lady for her involvement in the drug trade, wrong is wrong and will forever remain so, hence we join the numerous anti- drug campaigners in Ghana and the world at large in condemning our fellow Ruby for engaging in illicit drug business.

Our worry however stems from the fact that, our dear colleague has been single handedly castigated, accused without any effort at trying to unravel the hidden personalities who may have aided her to engage in the crime.

Since news broke of her arrest and subsequent trial leading to her incarceration, names of several prominent personalities in Ghana have been mentioned as having connections or strong ties with the Ruby.

Most of these personalities mentioned, are known to be holding high political offices in Ghana and believed to strong links with the first family in Ghana.

Let us hasten to state that, we are not in a position to believe any or all of these allegations or treat them as mere and empty, neither do we have any intent of malice against these high profile personalities and the politicians or the first family.

We are however of the believe that, in line with the principle of natural justice and fairness, the state (not necessarily government of a political party) must make a conscious effort to investigate some of these allegations and personalities suspected to have aided and abeted Ruby in pursuing the drug trade.

Even more worrying is the allegation circulating in global media that, some important personalities allegedly bought Ruby's silence in the whole drug saga, so that their names were not mentioned during the trial in UK.

To this end those of us from FOR who believe that our sister, friend and colleague, was not alone in this whole saga would wish to ask and seek answers to some critical and nagging questions which keeps begging for responses

1. FOR wish to ask that is it true or not that a lady officer from Aviance who checked inn two of President Ibrahim Mahama's brothers; Sulley and Inusah, was the same person who checked inn Ruby and the two other ladies (currently undergoing trial in Ghana) same day at the VVIP lounge under the explicit instructions of the President's brothers, after which they were all driven into the flight in same car. The major issue of concern here is what connections do these brothers of the first gentleman (and by extension the President, since his brothers are said to be in charge of his business interest) have with Ruby? FOR believes a response from the first family will tell Ghanaians whether or not they are directly involved in the Ruby drug issue as is being speculated in certain quarters.

2. Another issue of concern to us is the silence on the part of government over alleged involvement of a high level government functionary in the whole drug saga. As Ruby continued to suffer abuses, insults and incarceration from both members of the major political divide, no one has questioned the alleged involvement of Dr. Stephen Kwabena Opuni, Chief executive officer of Cocobod Ghana nor bothered to investigate him. Is he untouchable because he is said to be a financier of the NDC government and the principal “money bag” of the President?

3. FOR also wish to ask if it's true or not that Dr. Opuni allegedly “dropped” Ruby at the airport to catch a flight and subsequently visited her East-Legon residence few days after her arrest in the UK, what was he in that house for, perhaps to cover up, remove or eliminate some possible evidences that may have established his involvement in the whole drug saga?

4. Finally FOR wish to ask government to as a matter of principle, make open findings of the British intelligence unit on this Ruby drug saga in order to expose all those suspected of having dealings with Ruby and subsequently cause their arrest and advocate for their prosecution.

We at FOR believe that, this is the only way Ruby's suspected accomplices will equally face the law and dance to the tune of the anti-drug laws of Ghana. This way, we will know that Justice and not favoritism and bias, has been served.