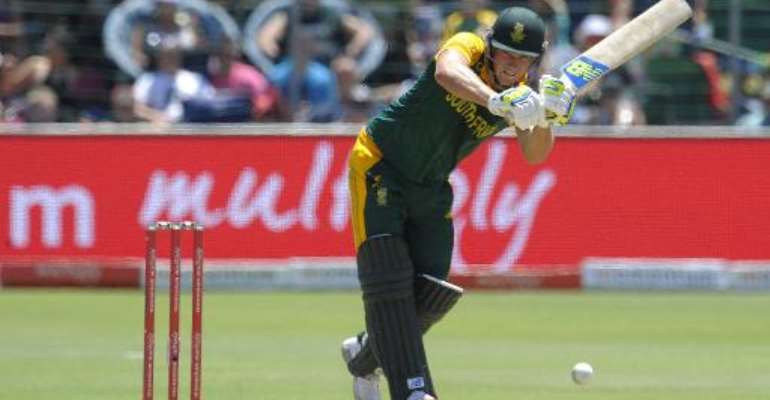 Port Elizabeth (South Africa) (AFP) - David Miller hit his first international century to enable South Africa to recover from a poor start after being sent in to bat in the fourth one-day international against the West Indies at St George's Park on Sunday.

The left-handed Miller made 130 not out in a total of 262 for eight in Port Elizabeth.

Miller came in with his side struggling at 32 for three in the seventh over. It became 76 for four when captain AB de Villiers was out for 19.

JP Duminy helped Miller add 90 for the fifth wicket but it was hard going for South Africa against a much-improved West Indian bowling performance on a slow pitch which offered some seam movement.

Renowned for his big hitting at the end of an innings, Miller showed he could play a long, responsible innings as he reached his century off 122 balls with nine fours before launching an assault in which he added two more fours and three sixes off the last 11 balls he faced before the innings came to an end.

Captain Jason Holder had Faf du Plessis caught behind for four and Andre Russell claimed the key wicket of De Villiers, caught behind off an inside edge from a ball which cut back for 19.

Hoder finished with four for 53.