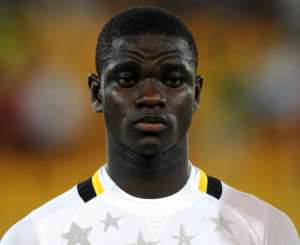 Ghana defender Jonathan Mensah is basking in glory after helping his side revive their campaign at the 2015 Africa Cup of Nations.

The result sees Ghana resurrect their chances of progression from Group C following a disastrous start with a 2-1 defeat suffered against Senegal in the group's opener.

Mensah who was very much on the receiving end of criticisms following the opening group defeat is delighted his team is back in business at the 2015 AFCON.

“We are happy because this was a tough game,” he said.

“We needed this one. We knew how the first game went, Ghanaians know how frustrated we were.

“We did come out and it was alike a final for us and thank God we won the game.”