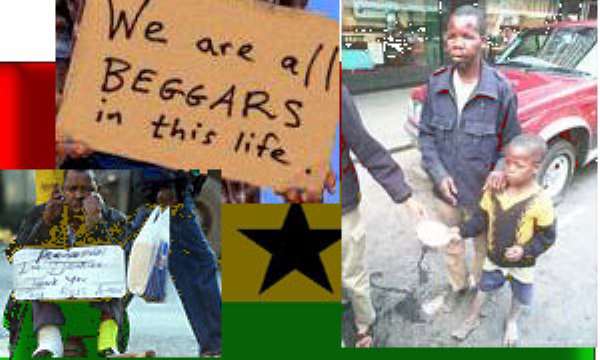 After decades of independence from colonial domination, African states appeared to be addicted to the dismal occupation of refined beggary, "euphemistically" phrased in donor support, donor inflow and aid among others.

There appeared to be a passion for advice and appraisal from expatriate service, which had allowed African economies to hinge on un-African view points and paradigms.

Nana Kobina Nketsia V, Omanhene of the Essikado Traditional Area, made these remarks at this year's Emancipation Day Lecture on the topic "Emancipation as a tool for Ghana's socio-economic Development; The challenges of our time" under the sub-theme "Retracing Our Steps - The path to Development."

It was organized by the Ministry of Tourism and Modernization of the Capital under the theme: "Emancipation, Our Heritage, Our Strength." The Omanhene, who is also a History Lecturer at the University of Cape Coast, noted that long after independence, most aspects of the framework of life in Africa indicated that the people were not truly liberated.

Nana Nketsia said, "even Independence Day Celebration in Ghana is nothing more than Empire Day Celebration with the same school children waiting in the scorching sun to exhibit their marching skills, as if marching is a creative art adding to the self expression of the people.

Nana Nketsia asked "What is African about our Independence Celebration ?" and said the celebration of anniversaries would remain meaningless until the people courageously and consciously begin to step away from neo-colonialist tendencies.

He said Western cultures, ideologies, philosophies and paradigm continued to guide every facet of life of Africans, saying that African countries essentially had imported state apparatus, religion, education, hardware, politics and even economic.

Nana Nketsia said this was probably because the view points and paradigms of neo-colonialists had blinded those spearheading African economies.

He said the struggle for true emancipation and independence of the African was really not over yet and that it was within the fight that Africa would discover the key to its socio-economic development. "We need to examine and re-examine the factors that led us into enslavement, colonialism and neo-colonialism in a native mindset instead of in a borrowed or imported mindsets so that we could fully appreciate the forces and agencies that made us war against ourselves and blinded us to the common enemy".

He noted that the Trans-Atlantic Slave trade, which run on a triangular route between Europe, Africa and the Americas, gave rise to globalisation then, long before the current phenomenon of globalisation, which was characterized by the information super-highway.

Prof. Bediako said one of the proposals, which led the abolishment of slave trade, was for European goods to be marketed in Africa.

He said "This proposal gave rise to colonialism and neo-colonialism after the abolishment of the slave trade. We need to evolve another proposal that favours our people if we want to be truly emancipated."

Ahmahl Ben Shaleahk, A Science Lecturer at the University of Virgin Islands in the United of America, said the declaration of liberation led to more devastating periods for Black Americans, as most slave mastered resorted to lynching the slaves or submitting them to more inhuman treatment before releasing them.

He said after emancipation, "those of us in the West have not be truly emancipated because we grew up within Western cultural setting, speaking foreign languages and getting used to foreign foods, but we are here to learn our own language and acquaint ourselves with the culture of our ancestors."

Alhaji Abubakari Boniface, Deputy Minister of the Tourism and Modernization of the Capital said this celebration would take off from the Northern part of the country and end in the South.

Other programmes lined up for the celebration included wreath laying at the Kwame Nkrumah Mausoleum, a tour of the Slave route sites, emancipation night at Cape Coast Castle, emancipation day durbar on August 1, 2004 at Assin Manso and emancipation concert at Golden Tulip Hotel.