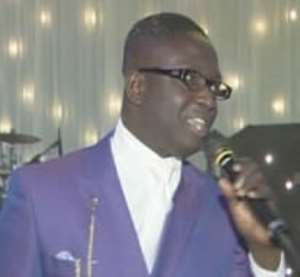 In my last piece, I made a moral argument about the inappropriateness of the liaison between Kwasi Kyei Darkwah and Ewuraeffe Orleans Thompson. Some critics were offended by my insistence that a 49-year-old man should not be sleeping with a woman young enough to be his daughter. Kwasi Kyei Darkwah's remorse, apology to the victim, and prayer to God for forgiveness all point to a man who had thought through his actions and come to the conclusion that his liaison with Ewuraeffa Orleans Thompson, even if consensual, was morally wrong. My argument in an earlier piece was predicated on this premise, and my argument in the current piece is no different.

I admit, in all fairness, that two consenting adults can engage in sexual intercourse. But it is quite obvious from the details of the aforementioned case that the liaison, even if consensual, contains elements of power asymmetry. Placed on a continuum of differential authority, Kwasi Kyei Darkwah's influence over his “lover” was closer to extreme asymmetry than it was to parity. Here was a rich and powerful middle-aged man who was determined to make this 19-year-old neophyte his next conquest. Indeed, Thompson was no more than an object of affection, a discardable toy to be used for sexual pleasure and thrown away.

Both buffs and novices had argued that Kwasi Kyei Darkwah's status as a divorced man did not preclude his having a liaison with Ewuraeffe Orleans Thompson. Worse still, the agnostics and atheists who regularly beat up the weaklings on this oft-accessed pro-Ghana(ian) Internet portal with their warped beliefs were out in force with their cymbals and high-sounding cymbals to make certain that the voice of the moralists was drowned in this Kwasi Kyei Darkwah imbroglio. Well, the moralists will never surrender!

But, dear reader, the emphasis is on the phrase “discardable toy.” Had Kwasi Kyei Darkwah been in a marital relationship with the young lady, the huge age difference may not have mattered very much. Once again, it was obvious from the narrative that an older man met an impressionable lady young enough to be his daughter, sexually abused her, coerced her into having a drink with him in the open, then claimed that the liaison was consensual, pointing to their having drinks together in the aftermath of the assault as proof of consensus or assent.

The proponents of cultural relativism might argue that Kwasi Kyei Darkwah's actions may be morally wrong in one society and justifiable in another. Well, my argument simply is this: There is a universality about what constitutes acceptable behavior, and if anyone reading this piece argues that the Kwasi Kyei Darkwah saga was simply an overblown consensual affair that metamorphosed into fodder for the puritans, then I ask you to reconsider your values as a conscientious human being. When, in 1924, Alain Locke coined the term “cultural relativism,” I doubt that he envisaged the type of self-serving, epistemological interpretation that our depraved Ghanaian men have ascribed to the term.

Ghanaian women are constantly harassed to sleep with their depraved harassers. Ghanaian women – married and unmarried – are regularly punished at the workplace for standing up to their immoral bosses. A denial of the preceding assertions is tantamount to arguing that John Mahama is not the president of the republic. Take it or leave it, I will continue to stand up for the voiceless and the weak – for, as the saying goes, we are only as strong as the weak among us. Perhaps, the best thing that has come out of this sad story is the renewed awareness of the plight of the Ghanaian woman as a sexual object.

Let me provide the reader one example of why Kwasi Kyei Darkwah's behavior was inappropriate. The age of consent in the State of Delaware is 16 years for females and 18 for males. But it does not mean that a 30-year-old man can sleep with a 16-year-old girl, as the law prohibits this type of wide age gap in matters of consent, even though the girl has attained the legal age for consensual sex! In Delaware, having sex with someone under 18, if the other party is over 30, is classified as rape, which can carry a sentence of 10 years in the slammer. Several states in the union also have these “Romeo and Juliet” laws designed to effectively deter the predatory instincts of grown men who may want to sleep with young girls.

Socio-legal scholars are well aware of the fact that laws in most Western nations were extracted from Judeo-Christian beliefs and tenets, which are themselves based on the teachings of the Holy Bible. Although the system of laws (or jurisprudence) in the West has evolved over many centuries, the argument that law and morality are completely independent of each other is, without a doubt, inaccurate.

Once again, my previous piece and the current one on the Kwasi Kyei Darkwah imbroglio are not legal arguments about the man's culpability or otherwise; rather, they are about extracting truths trapped in the labyrinths of morality. Blaming Ewuraeffe Orleans Thompson for what happened to her in that bathroom stall is not only wrong, it is a type of re-victimization that cultured and conscientious people should denounce.

In the meantime, Kwasi Kyei Darkwah's apology was a very brave act, and I commend the man for showing class and humility. Perhaps, we can all learn from “The Darkwah” that to err is human.

© Daniel K. Pryce, Ph.D., is a criminologist by profession. He may be followed on Twitter: @DanielKPryce. He invites the reader to join the pressure group “Good Governance in Ghana” on Facebook.com. “Good Governance in Ghana” is a group that emphasizes the preservation of democracy, justice, equity, and law and order in Ghana; its 390-plus members are all permitted to start discussions that promote the national interest.