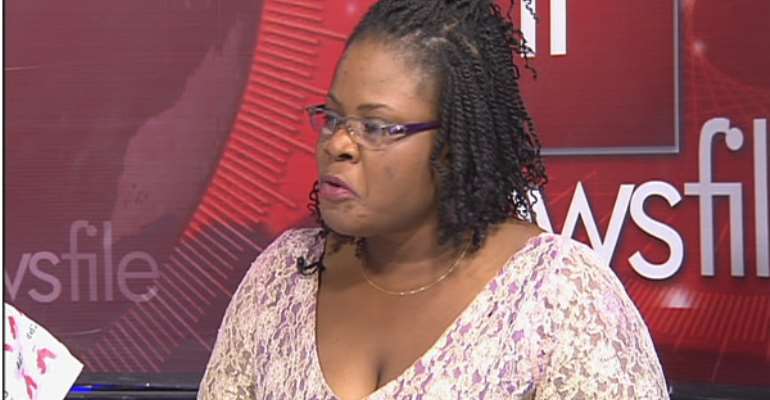 A former TEIN coordinator in the Greater Accra Region is making a strongest appeal for the mother of Nayele Ametefe, the incarcerated cocaine trafficker to be interrogated.

Abigail Akwambia Mensah who represented the NDC in an all women panel on Joy FM's Newsfile programme said it cannot be the case that Nayele's mother who is also facing assault charges in Ghana was completely unaware of her daughter's illegal activities.

She said the state must subject Nayele's mother to thorough interrogation to ascertain if there is any level of complicity.

Nayele Ametefe, also known as Ruby Ametefe was handed an eight year jail term by a UK court for trafficking 12 kilograms of cocaine with 78 per cent purity.

She was arrested in the UK on November 12, 2014 after successfully breaching Ghana's aviation security.

Nine other suspects including the head of the Foreign Affairs department at the KIA are being tried in Ghana on charges of abetment.

Discussing the subject on Newsfile, Abigail Mensah shared little sympathy for the convict and her mother.

Lawyers for the convict in pleading mitigation for their client said Nayele Ametefe had been introduced to a lavish lifestyle which she had to keep up after divorcing her husband.

And with three children to take care of as a single mother she found the drug trafficking business quite lucrative.

But the NDC member would not have any of that. She said if the convict got married at 16 and later gave birth to three children, she ought to have taken care of them without resorting to the peddling of drugs.

She said the convict should have all her assets acquired through the proceeds of cocaine confiscated to act as a deterrent to other young women who might see the drugs trade as lucrative.

While criticising Nayele Ametefe, the NDC member said her (Nayele) mother may also have to take a certain level of responsibility for what has happened.

She said mothers must at all times guide their children and be vigilant as well as know what kind of business they do.

She wondered how Nayele's mother enjoyed the largesse from the cocaine proceeds without asking questions where the source of the money was coming from.

Already Nayele's mother has been charged with assault for allegedly attacking a NACOB official who was on official duties at the residence of Nayele Ametefe.

Another member of the panel Afi Agbenyo a social activist however said NACOB officials ought to have been a bit more diplomatic in dealing with the mother of the convict.

She said already she may have been going through some trauma following the incarceration of her daughter and would obviously not be in a good mood if NACOB officials went to her house to begin confiscation processes.