Asamoah Gyan Is Right; The CAF’s Award Is Unfair And A Joke! 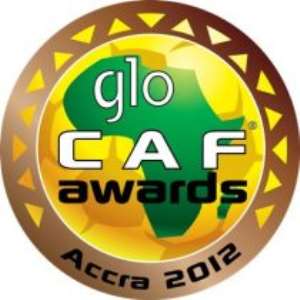 In news report carried by the Daily Graphic on January 2, 2015, the Ghana national soccer team captain Asamoah Gyan rightly reflected that “I laughed about the shortlist [BBC Africa's Footballer of the Year] that came out because I often think that it is not the best player in Africa who wins the award. It is rather the player who plays in Europe. That is how I judge it.”

Undoubtedly, Asamoah Gyan has hit the nail right in the head; not only is the “BBC Africa award” laughable and irrelevant, but also the Confederation of African Football (CAF) selection process for the African Football of the Year award is biased and condescending, too. To piggy-back on Asamoah Gyan's observations, there are many Africa soccer fans who struggle to make sense of how certain African players are even short-listed by the BBC or CAF, let alone win the awards in question. Often one looked at the player and concluded how in the world this particular footballer was chosen as Africa' player of the year.

In any event, we will not worry about the BBC's award because it does not represent Africa soccer, so let's ignore the so-called BBC “Africa's Footballer of the Year” award and focus on the more important ones—CAF's annual awards. We know that CAF has numerous yearly awards and recognitions for soccer clubs, including African footballers in and out of the continent whose performances and skills exhibited over the past year go above and beyond the ordinary. One of those annual awards or recognitions given by the CAF is the African Footballer of the Year.

In fact, out of all the countless soccer awards given out each year, it is undeniable that CAF's “African Footballer of the Year” award seems to be the most coveted; hence, almost all footballers in and outside Africa, anxiously wait to know who becomes the year's lucky winner. It is one prestigious award every African soccer player who is worth his salt wants to win, at least, once in his soccer career.

Unfortunately, like many African public entities and bureaucracies, CAF's trademark mismanagement and subtle cronyism have gone a long way to taint the fairness and the integrity of the CAF's African Footballer of the Year award. Far from trying to belittle the accomplishments of those talented and skillful African soccer stars who have deservedly won the award in the past, the emphasis here is to point out and expose CAF's award selection process that is unfair and tilted more toward certain “special” group of players in Europe. Keep in mind, in the eyes and on the mindsets of many Africa policymakers, everything from Europe, irrespective of its high-level of mediocrity, is viewed as “God's sent.”

Indeed, Asamoah Gyan is damned right! But I wish the Ghanaian soccer captain would have also added that CAF's Footballer of the Year winners are mostly “Francophone-centric.” What this means is that since most of the "head coaches or technical directors" of most of the various Africa FAs are from the French-speaking parts of the continent, naturally they tend to choose the French-speaking players in Europe or those footballers who play for the clubs in France.

For example, Abedi Pele is one of the best soccer stars Africa has ever produced and happened to come from an English-speaking part of Africa. Although he was the best, yet one often wonders if Abedi would have been chosen three-time Africa's Footballer of the Year by the predominantly “French-speaking African head coaches/technical directors” had he not been playing for France's best club at the time? The point is the French-speaking FAs in Africa cater more to “everything French.”

Looking closely at the statistics back from the early 1990s up now, the majority of the CAF's African Footballer of the Year winners is from the French-speaking African countries. Arguably, there must be a deeper underlying “tribal” or simply called it “linguistics solidarity” explanations for this seemingly skewed CAF-sanctioned award selection process. As explained in one of my previous articles, we all have “tribal mindsets” and biases as mortal humans. We may try to contain many of our biases such that they don't completely hijack our decision-making process. Nonetheless, some of them still find ways to drain into our thought processes and judgments. Imagine Asamoah Gyan is from the same hometown as Mr. Issa Hayatou, the CAF's president or plays for a team in Europe as a top goal scorer? Just something to think about.

Bernard Asubonteng is sociopolitical commentator based in USA. He can be reached at: as[email protected]

The author has 175 publications published on Modern Ghana.