The Truth Behind Aphrodisiacs 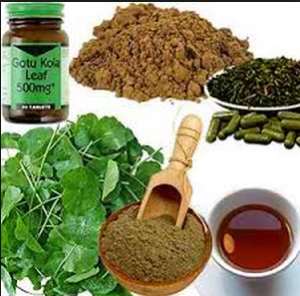 The history of aphrodisiacs is centered typically on herbs, plants and spices. The first record of aphrodisiac usage comes from the Egyptian medical papyri between 2200 and 1700 BC. The earliest attempts at treating erectile dysfunction with tested drugs date back to Islamic world from the 9th to 16th centuries.

Every continent and culture has its fair share of reputed aphrodisiacs with plants such as Aframomum melegueta, Bulbine natalensis, Cola accuminata, Mondia whiteii, etc having history of usage as aphrodisiacs in Africa. The introduction of the first pharmacologically approved remedy for impotence, Viagra(sildenafil) in 1990s caused a wave of public attention, propelled in part by heavy advertisement.Aphrodisiacs are agents (food or drug) that arouses sexual desires.

As it is said “ there has to be a problem before solutions are sorted after”, the use of aphrodisiacs become necessary when sexual dysfunction come to play. Sexual dysfunction is a serious medical and social symptom that occurs in 10-52% of men and 25-63% of women. It is the inability to achieve a normal sexual intercourse, including premature ejaculation, arousal difficulties resulting from reduced libido, compulsive sexual behavior, orgasmic disorders, and failure of detumescence.

An estimated 20-30 million men suffer from some degree of sexual dysfunction especially in middle-aged and older men. Impotence occurs in 50% of men with diabetes mellitus. Atherosclerosis (blocking of blood vessels by plaques) is the cause of 40% of erectile dysfunction in men older than 50 years. Other conditions associated with erectile dysfunction include; High blood pressure, thyroid problems, increased cholesterol, Pelvic traumas, pelvic surgery and pelvic radiation therapies.

Aphrodisiacs can be classified by their mode of action : libido increasing, sexual pleasure increasing and potency increasing aphrodisiacs. During sexual arousal, a substance found in the endothelium of arteries in the penis called Nitric oxide (NO) is released. The released nitric oxide then activate another substance(soluble guanylase cyclase). This activated substancehelps in the formation of cGMP(cyclic Guanosine Monophosphate) which mediates the biological effects of the produced nitric oxide( low concentration)under normal conditions such as control of blood pressure, maintenance of erection, etc.

Some aphrodisiacs of herbal origin are believed to work in the same way as Sildenafil whiles others act through different mechanisms involving cyclic adenosine monophosphate (cAMP) to maintain good erection during sex. The available drugs and treatment for sexual dysfunction in orthodox medicine have limited efficacy, and unpleasant side effects forcing many to resort to herbal aphrodisiacs with reduced side effects.

It is however disappointing that men of our generation including youths tend to abuse aphrodisiacs especially of herbal origin to boost their performance sexually although they don't have sexual dysfunction problems. Having in mind the fact that herbal medicines have fewer side effects promotes the abuse of herbal aphrodisiacs by these individuals who seem to forget that drug abuse irrespective of its origin has serious long term effect on the body especially the reproductive system.

Medical studies have proven that consumption of aphrodisiacs by healthy individuals for pleasure has the opposite effect in the long term, because these medicines give the body energy that may last for several hours, but the body soon pays the price for that energy by falling into exhaustion just like the effect seen when an elastic material is overstretched continually for a long time. All aphrodisiac medicines that are taken by mouth in the form of pills may cause headaches, nosebleeds, stomach pain, indigestion, sensitivity to light, lower back pain and muscle pain as side effects.One major effect of abuse of Sildenafil(Viagra) is painful sustained erection(priapism). This effect is also seen with some herbal aphrodisiacs and requires medical intervention to reverse the situation.

The use of aphrodisiacs like every other drug is contraindicated( not used) in the presence of certain disease conditions and thus should only be prescribed by physicians( medical herbalists, doctors, etc) when the need arises. Effective renal/kidney function is needed for clearance of drugs from the body after their effect have manifested thus individuals with renal impairment should not use aphrodisiacs.The main route of aphrodisiacs excretion from the body is metabolism through some liver enzymes implying that the drug usage is also contraindicated in persons with hepatic(liver) impairment. Aphrodisiacs should be prescribed with caution to patients who have suffered stroke, myocardial infarction, or arrhythmia within the last months, patients with heart failure or coronary artery disease, and those with obstruction problems(left ventricular outflow obstruction).

Aphrodisiacs interact with certain drugs when taken together to produce undesirable effects. For example, patients on drugs containing nitrates should not use Sildenafil. Nitrates are drugs commonly prescribed to patients experiencing chest pain. The medication relieves the pain by lowering blood pressure in the arteries and blood vessels. Sildenafil enhances this effect if taken with nitrates thus a severe drop in blood pressure, which can lead to organ damage, heart attack, stroke, and loss of consciousness.

Aphrodisiacs irrespective of the form they come are medicines and should be treated as such. The fact that something is natural does not always mean it is safe and so abuse of herbal medicines especially aphrodisiacs should be avoided. Stay safe, stay healthy and stay alive.