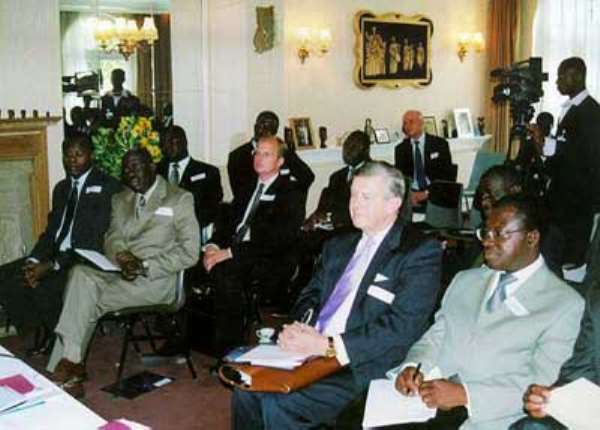 He said if member countries intensified their efforts and sustained them as evidenced by concrete measures outlined in their budgetary policies, the Monetary Union concept would surely become a reality.

Dr. Ojo made these comments at a one-day seminar to sensitise High Commissions/Embassies of the participating countries in London on its activities and operations as part of WAMI's general sensitisation of its stakeholders.

He described the Monetary Zone concept as the foundation for moving the participating countries from stability to growth and emphasised that the establishment of the Union was a prerequisite for the sustained economic growth of the member countries.

He was optimistic that the date set for the implementation of the scheme would take off as scheduled with at least two member countries which were close to making the convergence criteria.

He praised the political leadership of member countries for aligning the concept within the framework of prevailing realities in their countries.

Other speakers at the seminar were Dr. H. A. K. Wampah, Director, Research and Multilateral Surveillance, Dr. A. Diallo, Director of Operations and Dr. P.J. Obaseki, Policy Adviser all of WAMI.

WAMI is an intergovernmental organisation established by the Authority of Heads of State and government s of the West African Monetary Zone (WAMZ) to make preparation for the launch of a monetary union by July 1st 2005 by the Governments of Ghana, The Gambia, Guinea, Nigeria and Sierra Leone. Liberia and Cape Verde are currently observers of the programme.

cross-section of Ghanaians in major financial institutions in the UK and representatives of the West African Business Association and De la Rue Plc.

In his presentation on the concept of the monetary union, Dr. Wampah said that the scheme would, among other things, boost trade, investments, better allocation of capital and labour resources, enhance fiscal integration, regional trade and the ECOWAS itself.

On his part, Mr. P.K. Obaseki touched on some of the major decisions taken towards the take-off of the scheme, including the adoption of the name, ECO for the currency, the irrevocable commencement date of July 1st for the scheme and the selection of Ghana as the Headquarters of the West African Central Bank.

Officials of WAMI took turns to allay the fears of participants and assured them that appropriate mechanisms had been put in place to ensure the effectiveness of the new currency.

The seminar was educative and useful. Participants went home satisfied that the monetary union would lead to the strengthening of the economies of member countries, cautioning however that the success or failure of the scheme would depend on understanding and cooperation of member countries during the difficult phase of the programme.