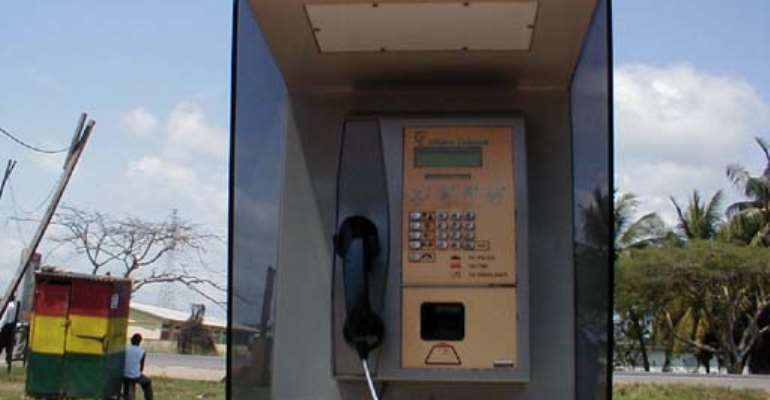 Speaking for the association at a news conference in Accra last Tuesday, the President, Mrs. Tina Owusu Prempeh and the Chief Executive of Tin-Ifa said that the recent offer of the l5xx numbering systems to address congestion of circuit switches, to lower user costs and to help increase ICT user services and therefore encourage more participation, was a strategy by GT to deepen the existing unfair competition in the industry.

She said that the association was of the opinion that the introduction of the 15xx numbers seemed to increase ICT development in the short term, but without proper regulation, it would jeopardize fair competition in the industry and stifle productive and long-term growth, even as GT would be launching its own ISP.

Mrs. Prempeh called on the National Communication Authority (NCA) to address this situation in a manner that would ensure a fair competitive market for all providers to compete, including Ghana Telecom and as well, set guidelines to ensure that no provider subsidized another provider's business operation.

The CEO of Tin-Ifa announced that the GISPA was currently negotiating with GT to purchase bulk bandwidth on the SAT 3 undersea cable. The bulk purchase of bandwidth would, in the long term, reflect in the cost of Internet to the consumer.

She said it was unfortunate that GT had, since the establishment of the SAT3 undersea cable, priced access way beyond the market. She cited an example that a half E1 circuit cost $3,500 on the international market but G T sold the same for $10,000 to local ISPs. “How then can the ISPs make Internet affordable?” she reiterated.

Mrs. Prempeh stated that the association's current negotiation with GT was aimed at reducing cost drastically so that the ISPs could purchase the bandwidth in bulk under GISPA. “Though this process has been slow, we hope that Ghana Telecom would be more proactive since this is an option that would optimize their capacity on the SAT 3 undersea cable,” she continued. She further noted that the high cost of access on the Voltacom inland fiber was one of the major reasons why that facility had also been under utilized by the Internet industry.

Touching on the other problems of the association, the President held that the unreliability and high cost of electricity had been stifling the further growth of the industry. “Our systems rely on power and the inability of the EGG to sustain power supply is destroying our equipment, which are power sensitive,” she added.

She emphasized that although taxes and fees were necessary requirements in every industry, she thought the ISP industry in the country had too many high tax and fee obligations which were contributing significantly to the cost of Internet. “The high cost of licensing fee and yearly renewal fees by the NCA is a major hindrance to Internet operations.” She further stated that though the country's policy exempted duty or tax on computers, it was rather unfortunate that the opposite pertained in reality.

She finally called on the government to make do with its long awaited ICT policy, which would have well defined objectives aimed at securing for the consumer, the best possible telecommunication services in terms of quality, choice and value for money and serve as the basis for effective liberalization and fair competition in the industry.

Meanwhile, when The Chronicle contacted the CEO of GT, Mr Oystern Bjorge, he said he had just returned into the country and that GT would react to the allegations in due course.