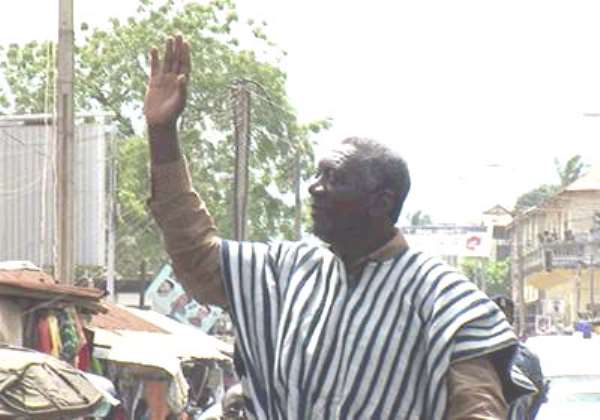 There are credible reports that incumbent Ghanaian President JA Kufuor has bagged a cool $31 million to finance his 2004 re-election bid. In 2000, then candidate Kufuor struggled hard to raise funds for his campaign. His main benefactors were Westminster Foundation of the UK, The US Central Intelligence Agency (CIA), President Olusegun Obasanjo of Nigeria and Presidents Eyadema of Togo and Blaise Campaore of Burkina Faso.

Kufuor also received funding from very unlikely sources including the UNITA leader, Jonas Savimbi. Proceeds from diamond sales from then UNITA-held territories were channelled into the NPP/Kufuor campaign in Ghana through Eyadema, a close friend of the UNITA leader. Former Liberian President Charles Taylor completes the list of West African Heads of State who helped Kufuor to power.

Just under four years in office, President Kufuor is facing a disgruntled Ghanaian electorate, which says he has reneged on his pre-election promises. On the streets, people openly complain about unbearable economic conditions, which they say is worse than it was under Jerry John Rawlings. Once an avowed critic of the VAT introduced under the President Jerry John Rawlings, President Kufuor has recently announced a higher VAT rate of 15% in line with agreements reached with the Bretton Woods institutions.

In the eyes of many Ghanaians, the promised change has failed to materialize. The IMF and World Bank still control economic policy, the number of Ministers and political appointees in the Castle has not decreased. In fact there is evidence that the numbers are higher than in the NDC administration.

There is a general perception that corruption is rife in the NPP government. President Kufuor's recent statements that there is corruption in all countries is probably his worst political blunder, even worse than his lack of knowledge that there is an airstrip in Wa, capital of the Upper Region of Ghana.

Accusations of extravagant life-styles have equally been levelled against NPP Ministers. President Kufuor will have a hard task convincing the electorate that the days of opulence has given way to modesty in NPP government.

Despite its oft-proclaimed openness, more and more Ghanaians now take NPP official statements with scepticism. There is too much propaganda by government spokespersons who are perceived by the public to be economical with the truth. Besides, the public sees them as arrogant and condescending. The total truth is that the credibility of the government is not what it used to be. The government's final conclusion on the Presidential jet, after all the initial brouhaha is an example of what cynics see as the two faces of the Kufuor administration.