Kotoko Set Up Camp In Germany 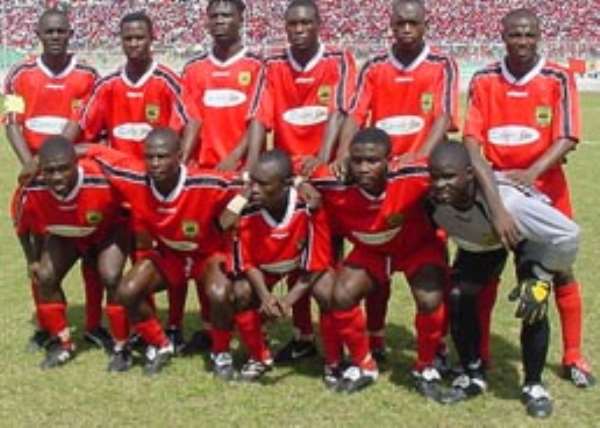 Kumasi Asante Kotoko will begin a European training tour this week even before their second leg Confederations Cup tie against Wydad Athletic Casablanca-WAC of Morocco.

The camp set-up in Germany is scheduled to last for over three weeks.

Asante Kotoko would begin their German tour on Thursday before they move to Rabat where they play WAC in the second leg clash of the Confederations Cup.

Kotoko CEO, Major (rtd) Yaw Larson told JoySports that the team would leave Germany three days prior to the game against WAC.

After the game against WAC, Kotoko are scheduled to head back to Germany where they would be training till a definite date for resumption of Ghana's domestic league is announced.

During their stay in Germany, the porcupine warriors would be playing some friendly games with some selected German sides that are presently undergoing their pre-season training.

Arrangements for the camping base in Germany is said to have been sponsored by Kotoko's kit sponsor's, Jako, a German-based sports manufacturing firm.

The winners of the fourth round ties will go through to the group stage of the Confederation Cup, which starts in August.

The second leg will take place on the weekend of 23-25 July, with the winners claiming a place in the group stages of the new competition and a share of US$500,000.