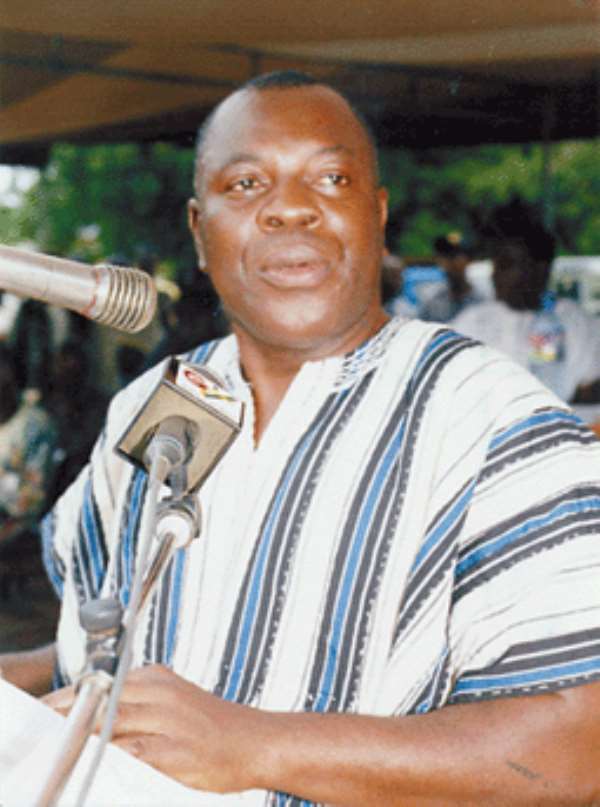 Hohoe (V/R), July 13, GNA - Mr Kwasi Owusu-Yeboa, Volta Regional Minister, on Monday advised people spreading rumours of violence and war to stop the practice since it could plunge the country into chaos and confusion, especially during the 2004 General Election.

He noted that such utterances were recipe for catastrophe and that the country could be catalogued as a flashy point of conflict in Africa.

Mr Owusu-Yeboa was addressing the third National Teacher Training Colleges Sports Festival at the Saint Francis Training College at Hohoe. He said: "Already such people have started beating the war drums loudly" and appealed to such warmongers to restrain themselves since the country was the only heritage of Ghanaians.

The Regional Minister said since Ghanaians had accepted democracy as the system of government, elections should be a key feature in the democratic dispensation.

Mr Owusu-Yeboa appealed to the people to discern good from evil, progress from stagnation, decline from deterioration and truth from lies and propaganda.

He called on all religious bodies and organisations to pray for the success of the 2004 General Election and sustenance of peace and progress of the country.