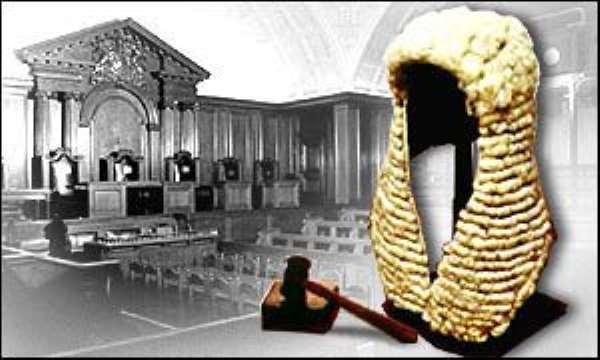 Accra, July 12, GNA - An Accra High Court on Monday dismissed an application filed by Mr Tsatsu Tsikata, a lawyer, accusing Mr Justice Kweku Etru Amua-Sekyi, Chairman of the National Reconciliation Commission (NRC) of showing dislike, animosity and bias towards him. The Court noted that the relief sought by the applicant did not constitute any miscarriage of justice.

The Court presided over by Mr Justice Richard Asamoah, however, did not award any cost against the applicant The Court in its ruling noted the Act of Parliament that established the NRC gave the Commission the mandate to regulate its activities.

"The original handwritten copies had been tendered to the Commission and the Commission in releasing them to the applicant must exercise its discretion.

"Photocopies provided through a Court of law are as good as the originals provided they were authentic and had not been tampered with. "No miscarriage of justice had been incurred to the applicant. That applicant was able to conduct his cross-examination effectively with the photocopies offered him."

The Court noted that the applicant was only confusing himself with procedural process of the Commission and the final decision of the Commission that would be taken after it had completed its work. It further stated that the frequent interjection by the Commission did not constitute bias because the NRC had been given the mandate on how to regulate its activities.

On the charge of animosity against the NRC Chairman, the Court said it was of the view that no facts in the affidavits of the applicant had proved animosity.

Last month, the applicant filed an application at an Accra High Court requiring Mr Justice Amua-Sekyi to perform his legal duty in respect to the appearance of Mr Tsikata before the Commission by conducting himself in a judicial manner devoid of bias, arbitrariness and personal dislike or animosity.

The application filed on behalf of Mr Tsikata by his Counsel Professor E.V.O. Dankwa at the High Court also asked the Court to make the NRC Chairman to conduct himself in a manner that would not jeopardize the independence of the Commission or harm its credibility, impartiality or integrity.

The application said the Chairman should conduct himself in such a manner to enable the Commission to conduct itself in a fair and candid manner and provide Mr Tsikata access to the original of the handwritten statement of Mr Justice Aikins.

Justice Amuah-Sekyi should also be made to provide Mr Tsikata access to the petition in respect of which Mr Justice Aikins was called as a witness.

He further asked the Court to further require the NRC Chairman to allow the Commission to consider and determine the application to the Commission by the applicant for extension of time to conduct the remainder of applicant's cross-examination of Mr Justice Aikins before the National Reconciliation Commission.

Mr Tsikata asked for an order requiring Justice Aikins to produce records he claims to have in his possession in respect of a matter on which he testified before the Commission, namely, the date of his going to Gondar Barracks for a meeting with the Chairman of the PNDC and an order to restrain Mr Justice Amua-Sekyi from participating in any of the determinations affecting Mr Tsikata because of the bias that he has shown towards him.

Mr Tsikata said in an interview with Journalists after the ruling that he would closely review the ruling of the Court and act on it. "If I have been denied access to the originals of the hand written documents of Justice Aikins then I am still entitled to a review," he said.

"There were a lot of wrongs in the ruling carried out by the Court," he said, adding: "The independence of the Judiciary is at stake."

Group demand justice for Fulani who died under mysterious ci...
22 minutes ago