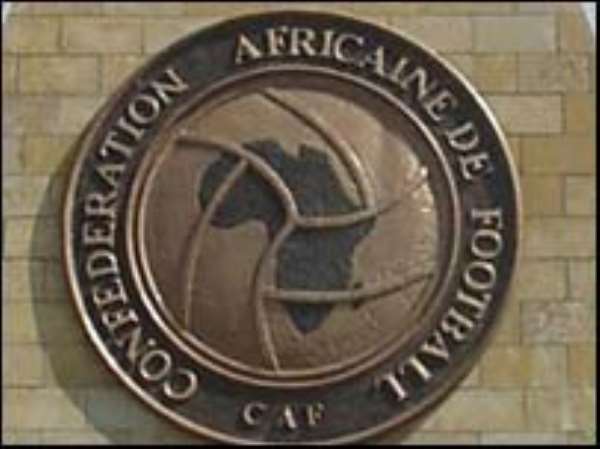 Hearts of Oak, like Kotoko, join Liberty in the Confederations Cup following their exit from the Champions League by Etoile du Sahel and USM Alger respectively in May last month.

The Kumasi battle will undoubtedlly churn out fireworks, as well as see the reliving of past memories owing to the yet-to-be forgotten defeat the Porcupine Warriors suffered at the hands of the same side in December 2002 at the same venue.

Indeed, the hour has come to avenge that heartbreaking loss in the Cup Winners Cup final two years ago.

The 'Magic' conjured in the era of the Kofi Abbreys, Nana Eshuns, Thomas Hammonds (Gambo) Mohammed Odooms, Sarfo Gyanfis, among others, against Zamalek will also be a source of inspiration to the Porcupine Warriors in tomorrow's clash.

If there is a player who will make the home team click in tomorrow's encounter, then it will be youthful Kweku Essien who demonstrated a high level of dexterity in the Black Satellites-Hearts friendly last Sunday at the Accra stadium.

Premier club, Hearts of Oak, in like manner will host A.S. Douanes of Senegal at the Accra stadium tomorrow.

Although the Phobians failed to glitter in their game against the Satellites, the return of their German coach, Ernst Middendorp, coupled with the return of key players like Sammy Adjei, Dan Quaye, Dan Coleman, Amankwah Mireku and Lawrence Adjei from national assignment in Kampala will do Hearts a world of good.

The likelihood of Benard Dong-Bortey donning the rainbow colours in tomorrow's match is high, considering the bite he added to the Hearts attack in last Sunday's game, although he was not-too-impressive.

According to Coach Georges Tripp of AS Douanes, his men are combat-ready and believes they will live up to the task.

Dansoman-based Liberty Professionals travel to The Khartoum to engage Sudanese side, El Hilal, tomorrow. Having won the hearts of soccer enthusiasts following their previous successive battles, the team has steadily been transformed into a winsome side.

Felix Baffoe, who exhibited great footwork in the Hearts-Satellite game, Osei Akoto, Eric Bekoe, Wahid Mohammed, Michael Helegbe, among others, are capable of excelling against their opponents in Sudan.