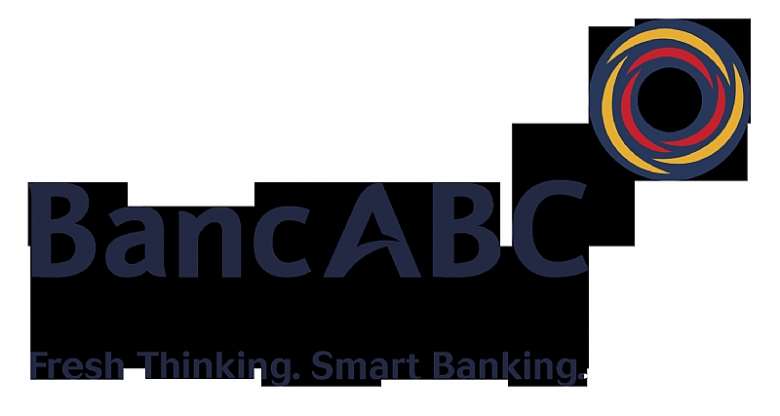 Since the completion of the transaction, the executive management of Atlas Mara and BancABC have been collaborating on identifying opportunities for enhancing BancABC's operations and executing its strategy. As the group embarks on the next phase of its development, it was determined, together with the Board of Directors of BancABC, that now is the right time for Mr. Munatsi, Mr. Moyo and Mr. Dzanya to stand down.

Atlas Mara, in consultation with the Board of Directors of BancABC, has identified a highly-qualified team led by Simbarashe Ronald Pfende, as CEO, who, following appropriate vetting and approvals by relevant regulators, will, together with the Atlas Mara team, be focused on leading BancABC's future growth and development. Ronald will be supported by Makhosi Boyede and Amelia Reynecke, who have been appointed as Co-COOs, and Christine Bronkhorst, who has been appointed as CFO. Mr. Munatsi, Mr. Moyo and Mr. Dzanya are working closely with Atlas Mara and the new management team to ensure a carefully managed transition.

Additionally, Howard Buttery has stepped down from his role as Chairman of the Board of Directors of BancABC and will be leaving the Board at year-end, as will fellow director, Ngoni Kudenga. John Vitalo, CEO of Atlas Mara, has been appointed as Interim Chairman, subject to regulatory approval, and Bradford Gibbs, a member of the Atlas Mara Executive Committee, has also joined the Board of BancABC.

Doug Munatsi, Group CEO of BancABC, said: "Beki, Francis and I have decided that, following the completion of Atlas Mara's acquisition and the recent closing of Atlas Mara's mandatory offer, it is an opportune time to leave the group. We are particularly confident in BancABC's future knowing that the majority shareholder has the access to capital, expertise and experience to continue to grow the institution. I am tremendously proud of what we have accomplished during the past two decades and would like to thank BancABC's employees, customers and our Board, particularly two of our long-standing directors, Howard Buttery and Ngoni Kudenga, for their support during the past several years."

John Vitalo, CEO of Atlas Mara, said: "I want to thank Doug, Beki and Francis for their significant contributions in establishing and growing BancABC and assisting Atlas Mara since the acquisition. Were it not for their dedication and hard work, BancABC would not be in the position it is today. I look forward to continuing to work with them as we effect a smooth management transition. I also wish them all the best for the future. Furthermore, I am delighted that Ronald, Makhosi, Amelia and Christine are joining BancABC. They represent an exceptional leadership team with deep experience in African banking. The Board of Atlas Mara is confident that they will continue the hard work already started at BancABC."

Mr. Munatsi, Mr. Moyo and Mr. Dzanya received a total of 1,743,888 Atlas Mara shares in consideration for the transfer of their shares in ABC Holdings at the time of the completion of the BancABC acquisition. In connection with their separation, Atlas Mara has agreed to purchase these shares at a price of $10 per share. The repurchased shares will be held in treasury. In addition, the departing management team has been granted options over a total of 1,521,838 ordinary shares. The options have a strike price of $12 per share and are also subject to certain repurchase obligations. These options were previously agreed with the management team at the time of the initial acquisition of BancABC. In connection with the management team's departure, BancABC expects to incur a one-time net charge to income of approximately $5.8 million in the fourth quarter of 2014.

Simbarashe Ronald Pfende joins from Standard Bank Group where he was most recently Head: Finance Transformation. He also held a number of other senior roles at the bank, including as CFO of Stanbic IBTC Bank in Nigeria and CFO of Stanbic Bank Uganda. Prior to Standard Bank, he was Financial Controller of BP Tanzania Ltd. He is a qualified Chartered Accountant and has an MBA from the University of South Africa.

Makhosi Boyede joins from uBank where she was the Executive: Corporate Strategy, Programme Office and Business Development, a position she had held since October 2013. Most of her career has been in banking, particularly at Absa Group, which she left in 2012. During her time at Absa, she held roles across the group including Chief Administrative Officer; Executive Head of Corporate Affairs; Executive Head of Corporate Social Investment and Executive Head for Human Capital & Sustainability in the CIBWM cluster. She has an MBA from the Gordon Institute of Business Science at the University of Pretoria.

Christine Bronkhorst joins from the Management Consulting Business Unit of KPMG Services. She has specialized in business development in the financial services industry in Africa. She was with KPMG for nine years, with experience gained in audit and client engagement. She is a Chartered Accountant.