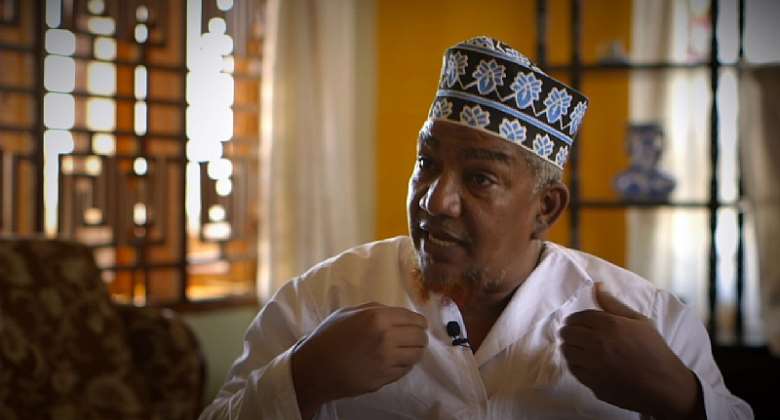 An Anti-Terrorism Police Unit (ATPU) officer said the order comes from Kenya's National Security Council: “It comprises of the President, Deputy President, Chief of the Defence Forces, Inspector General of Police, National Security Intelligence Service Director, Cabinet Secretary of Interior, and the Principal Secretary Interior. Any decision is made within that club of people.”

Police eliminations, according to the ATPU officer, could run into the hundreds every year: “Day in, day out, you hear of eliminating suspects. We have the police itself. We have special units like GSU. So not a total, but you can say about almost 500.”

The officers admitted to personally killing suspects. The General Service Unit (GSU) Recce Company officer said: “Since I was employed, I've killed over 50. Definitely, I do become proud because I've eliminated some problems.”

The officers said Kenya's weak judicial system forces them to resort to assassinations, as the police have failed to produce strong enough evidence to prosecute terror suspects, with only one conviction recorded.

“If the law cannot work, there's another option… Eliminate him,” said the GSU Recce Company officer.

Abubaker Shariff Ahmed was a controversial Muslim radical known as Makaburi. Despite being charged under Kenya's terrorism laws, he was never convicted.

In April he was gunned down outside a Mombasa court. Human rights groups claim he was one of 21 Muslim radicals allegedly killed by police since 2012.

Speaking to Al Jazeera, the officers confirmed this for the first time.

“Makaburi was killed by the police,” said one officer. “That execution was planned in Nairobi by very top, high-ranking police officers and government officials.”

The officers claim the intelligence, which drives the government's “elimination programme,” was supplied by Western security agencies.

The GSU Recce Company officer said: “Once they give us the information, they know what they have told us. It is ABCD: 'Mr. Jack' is involved in 'such and such' a kind of activity. Tomorrow he's no longer there. We have worked. Definitely the report that you gave us has been 'worked on'.”

A Kenyan National Police spokesperson refused to comment on the allegations.

According to the officers, Britain provides training, equipment and intelligence to the units,

Israel conducts more specific training, according to a GSU Radiation Unit officer: “We get some instructors from Israel,” he said. “How to eliminate. Actually it's one of the training.”

Mark Ellis, the head of the International Bar Association, warned the alleged complicity of these countries could violate international law.

Ellis said: “It's clear based on these interviews that there's at least prima facie evidence to suggest that these third party countries are involved and therefore they all have responsibility to investigate.

“We should stop providing any type of assistance or training to police units in Kenya until there is a clear change… in how the Kenyan authorities deal with suspects.”

Britain and Israel denied involvement and the UK Foreign Office said it had “raised concerns” with Kenya over the “serious allegations.”

Call e-levy a VAT increase and stop distorting our well esta...
54 minutes ago