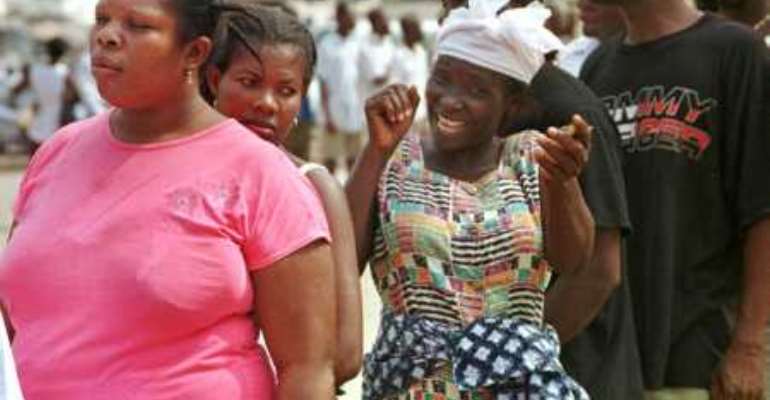 A little over 93 per cent of registered voters were issued with photo identity cards throughout the country during the photo-taking exercise embarked upon by the Electoral Commission (EC).

The Director of Public Affairs of the EC, Mr Henry Okyne, who disclosed these provisional figures in an interview with the Graphic, said the commission was putting in place measures to ensure that all those who genuinely registered but did not have their photographs taken got the opportunity during the mop-up exercise which would be announced very soon.

According to Mr Okyne, the figures were satisfactory and showed how people actively participated in the exercise.

He said it was unfortunate that some sections of the public were making wild allegations as if the exercise had been a failure.

Mr Okyne, who did not state specific reasons for the shortfall, explained that the EC was still investigating other possible grounds that accounted for the deficit. He assured all those who registered but could not take their pictures that they would be catered for during the mop-up exercise.

It will be recalled that during and after the photo-taking exercise, some political parties, particularly the National Democratic Congress (NDC), complained bitterly about the exercise stating that due to certain lapses on the part of the EC, most of the people could not have their photographs taken.

While some called for an extension of time, others called it a total failure.