Mali: Details of the additional cases of Ebola virus disease 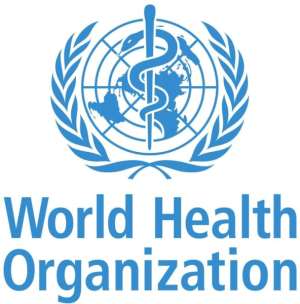 As of today, Mali has officially reported a cumulative total of 6 cases of Ebola virus disease, with 5 deaths. Of the 6 cases, 5 are laboratory confirmed and one remains probable as no samples were available for testing.

These numbers include the 2-year-old girl who initially imported the virus into Mali and died of the disease on 24 October.

Intensive tracing and monitoring of the child's numerous contacts, including many who were monitored in hospital, failed to detect any additional cases. All 118 contacts, including family members, have now passed through the 21-day incubation period without developing symptoms.

The virus was almost certainly re-introduced into Mali by a 70-year-old Grand Imam from Guinea, who was admitted to Bamako's Pasteur Clinic on 25 October and died on 27 October. He has been reclassified as a Guinea case, as he developed symptoms in that country. No samples were available for testing.

All 5 cases in this new outbreak are linked, 3 directly and 2 indirectly, to the patient in the Pasteur Clinic.

The first was a 25-year-old male nurse who worked at the clinic and was assigned to care for the Imam. He was hospitalized on 8 November. His case was laboratory-confirmed on 11 November and he died the same day.

The second case was confirmed in a doctor who worked at the clinic and treated the Imam. He developed symptoms on 5 November and was hospitalized on 8 November. Laboratory confirmation was received on 12 November. He is currently undergoing treatment.

The third case was a 51-year-old friend of the Imam who visited him at the Pasteur Clinic. He developed symptoms on 7 November and died on 10 November from an undiagnosed cause. He is the country's single probable case.

The friend's infection led to an additional two confirmed and fatal cases. The first was a 57-year-old woman who had direct contact with the friend. She developed symptoms on 29 October. She was admitted to another clinic on 11 November and then transferred to a hospital on 12 November. She died that same day.

The second case was the woman's son. He visited yet another clinic on 5 November and died at home on 14 November. Ebola infection was laboratory-confirmed in both cases.

A massive effort is currently under way to identify all potential chains of transmission, monitor contacts, and prevent the outbreak from growing larger. At present 338 contacts have been identified and 303 (90%) of these have been placed under daily surveillance.

This rigorous “detective” work shows that the deceased nurse from the Pasteur Clinic had the largest number of contacts, at 98, including 75 family members.

As the successful experiences in Senegal and Nigeria show, aggressive contact tracing, which seeks to find and break every chain of transmission immediately after an imported case, can hold the number of additional cases to very small numbers and support a rapid end to the outbreak.

The Ministry of Health, with assistance from the WHO country office, has augmented the number of staff engaged in contact tracing by drawing on polio surveillance teams and using local medical students with training in epidemiology.

In addition, WHO has deployed 10 epidemiologists through its Global Outbreak Alert and Response Network, or GOARN.

The country is also ramping up its capacity to perform exit screening at the Bamako airport.

Guinea: Many mourners attended the funeral

The Imam was buried in his native village of Kourémalé, Guinea, on 28 October. That event has now been investigated. Thousands of mourners may have attended the funeral. Some of them touched the body as part of the traditional funeral ceremony. About 300 contacts are being traced.

Experts in Mali and at WHO agree that Mali will remain at risk of further imported cases as long as transmission across the border in ongoing.