Colonial Rule In Africa, Can Our Current Leaders Learn A Lesson From It? Part I 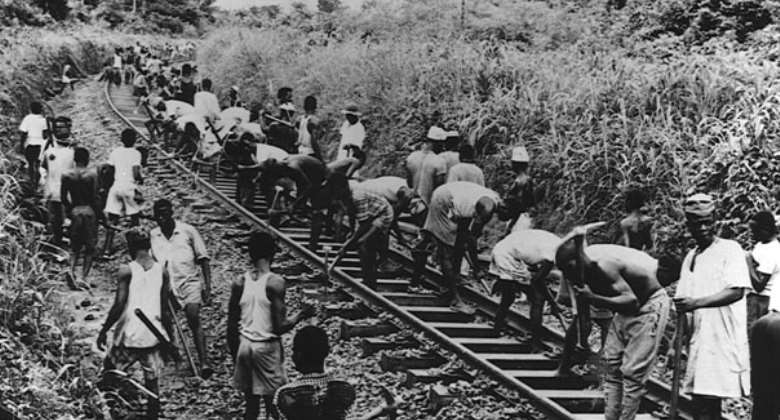 Colonization of Africa by European countries was a monumental milestone in the development of Africa. The Africans consider the impact of colonization on them to be perhaps the most important factor in understanding the present condition of the African continent and of the African people. Therefore, a close scrutiny of the phenomenon of colonialism is necessary to appreciate the degree to which it influenced not only the economic and political development of Africa but also the African people’s perception of themselves. It will begin by comparing and contrasting in some detail the racial attitudes of the British, the French, and the Portuguese, and then proceed to discuss their respective political administrative styles in their colonies and their economic policies and practices, and concludes with some assessment of the effect of all these factors on the political and economic evolution of African countries. The two largest colonial powers in Africa were France and Britain, both of which controlled two-thirds of Africa before World War I and more than 70 percent after the war .The period from the mid-1800s to the early 1900s marked the zenith of imperial rule in Africa.

Berlin Conference of 1884–1885 when all the European powers met and partitioned Africa, recognizing each other’s share of the continent. The conference was called to reach agreement on imperial boundaries so as to avoid any future conflict among European powers.

Let’s turn our attention to the key question: Why was Europe interested in Africa in the first place?

Why were the Europeans so keen to acquire colonies and empires in Africa? Three reasons stand out and these can be categorized as political/strategic, cultural, and economic. The political motivation has to do with the political rivalry among European states for dominance in the international system of the eighteenth century. These states believed that colonial possessions con- ferried prestige and status.

Just imagine the pride and the psychological self-importance felt by tiny Belgium in acquiring the Democratic Republic of Congo, a country nearly ninety times the size of Belgium. Or take the case of Britain which, at the zenith of its imperial power, controlled, in Africa alone, an area that was more than forty times its own size. Beyond the psychological satisfaction of being a great power, acquisition of a colony also provided a large reservoir of manpower to be drawn upon in time of war.. The cultural reason for colonization was deeply rooted in the ethnocentrism and cultural arrogance of the European people, who regarded anyone different as being culturally inferior.

Answers to these fundamental questions will reveal interesting contrasts among the European colonizers and, in so doing, tell us what their racial attitudes and the assumptions underlying their “civilizing mission” were, providing insights into how they defined themselves as British, French, Portuguese, or Belgian.

The German Mission
The French Mission Similarly, the French looked down on the Africans and on African culture. They had a social policy to buttress their colonial rule in Africa, known as “the assimilation policy.” This policy was based on the very laudable revolutionary ideal of human equality, but only under French suzerainty.

Obviously, the French were in Africa to “civilize” and to remake the African in her own image. The policy of assimilation required an educational system that would transform Africans into French people

This is not to say that racial indignities were completely absent in French colonies. It is merely to say that when Africans became acculturated into French culture, they were included in the French community in a manner that the British in their own colonies would not have considered doing. It is this degree of acceptance of acculturated Africans that gave rise to the view that the French were “color-blind,” not racist. Moreover, after 1946, Africans could participate in French political affairs at three levels: in their own countries (such as Senegal, Guinea, and Cameroon), in their federated regions (such as French West Africa or Equatorial Africa), or in the metropolitan French political system. French social practice with respect to the Africans suggests that the French considered culture rather than racial ancestry as the fundamental ingredient of “Frenchness.”

The Portuguese Mission
The Portuguese were ethnocentric, some would say racist, toward Africans. They too had a “civilizing mission” in Africa. However, their concept of what constituted a Portuguese was a combination of the ideas of both the French and the English. It included both ancestry and culture. A key element of the Portuguese social policy in Africa

Was the condoning and promotion of the mingling of cultures and races through marriage and cohabitation? This process was mostly one-way, involving Portuguese men and African women. There was much abuse in this system, especially as far as African women were concerned. Most of the unions were never made legal. As one would imagine, marriages between African men and Portuguese women were rare and, indeed, very much frowned upon. This image of “racial toleration” was carefully cultivated and elevated to a philosophy of “lusotropicalism,”

. The Portuguese colonizer, basically poor and humble, did not have the exploitative motivations of his counter-part from the more industrialized countries in Europe.

Finally, any prejudice or discrimination in territories formerly or presently governed by Portugal can be traced to class but never color, prejudice.14 This was the ideology of Portuguese colonialism on paper as espoused by those who favored it. Historical evidence, however, suggests that the Portuguese saw themselves clearly as being superior to Africans.

The consequence of this Portuguese social policy, over a period of time, was the emergence of a highly stratified social pyramid consisting of full-blooded Portuguese at the top, enjoying all the privileges and rights

In Portuguese colonies, an African could be considered civilized only if he “could speak Portuguese, had divested himself of all tribal customs, and was regularly and gainfully employed. Moreover, the African population was divided into two subgroups: assimilados (assimilated ones), who had basically adopted a Portuguese way of life as defined by Portuguese law, and indigenas (natives), the vast majority who had not given up all their culture, language, and way of life.

The Belgian Mission ,The king of tiny Belgium, Leopold II, managed to outmaneuver Portugal, France, Britain, and Germany (as well as the United States) into recognizing his claim to a huge chunk of Africa nearly ninety times the size of his own kingdom. His mission was to “civilize” the Africans.

On the economic plane, Belgium’s mission is to achieve the development of the colony for the benefit of the natives and, to this end, to work towards an increasingly complete organization of the country which will strengthen order and peace and guarantee the protection and expansion of the various branches of economic activity: agriculture, commerce and industry.17