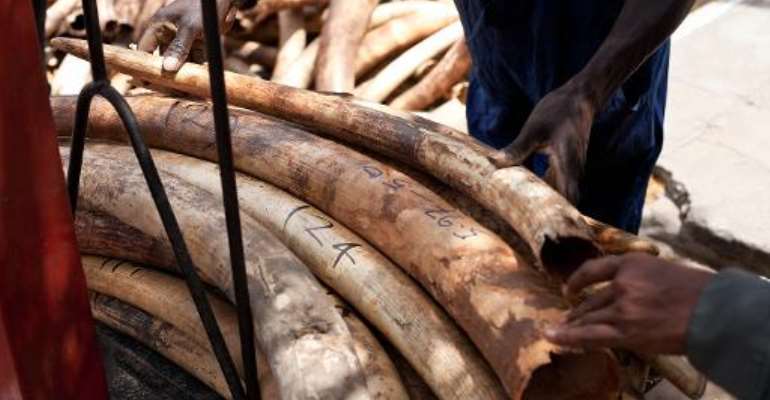 Interpol is seeking the public's help in finding nine suspects, including the alleged leader of an ivory smuggling ring in Kenya. By Ivan Lieman (AFP/File)

Lyon (AFP) - Interpol put out a worldwide call to the public Monday to help track down fugitives accused of environmental crimes such as ivory trading and wildlife trafficking.

It was the first Interpol operation specifically targeting people suspected of environmental crimes, some of whom have been on the run for years.

Now, Interpol said in a statement it is seeking the public's help in finding nine most wanted suspects, including Feisal Mohamed Ali, the alleged leader of an ivory smuggling ring in Kenya.

"We believe that the capture of these criminals on the run will contribute to the dismantlement of transnational organised crime groups who have turned environmental exploitation into a professional business with lucrative revenues," said Stefano Carvelli, head of Interpol's Fugitive Investigative Support unit.

Similar operations in America and Southeast Asia were launched in 2010 and 2012 and have led to 600 arrests and localisations worldwide, according to Interpol.

"Even the smallest detail, which you might think is insignificant, has the potential to break a case wide open when combined with other evidence that the police already have," said Ioannis Kokkinis, criminal intelligence officer with the fugitive support unit.

Why are you refusing to obey the orders of the Court ? — Jus...
50 minutes ago