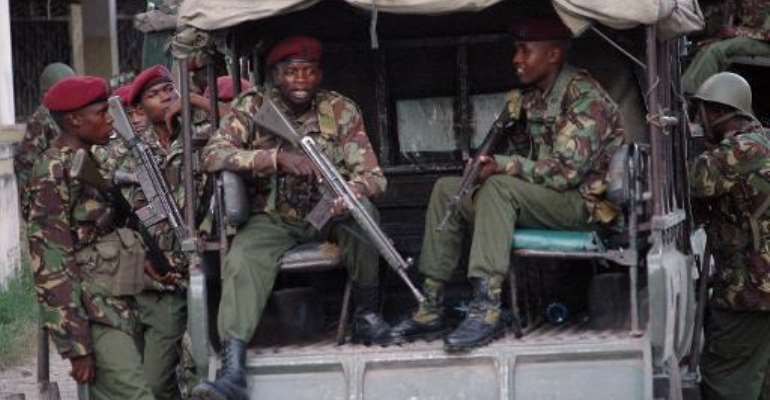 Security forces began the operation in the early hours of Monday morning, targeting the Masjid Musa and Sakina mosques in the port city of Mombasa.

"We had information that the group has been planning an attack, and that is why the raid was conducted," Mombasa police chief Geoffrey Mayek said, adding that 201 people had been arrested.

A 20-year-old man was shot dead by police during the raid in the Musa mosque after he tried to throw a grenade at officers, Mayek said.

"As we entered the mosque, one youth armed with a hand grenade attempted to hurl it at our officers who quickly shot him," he told reporters.

Hand grenades and a pistol were seized.

Several Islamic preachers have been shot dead in Mombasa in recent years in alleged extra-judicial killings by security forces and power struggles between rival Muslim factions. Churches have also been attacked.

Hussein Khalid, from the Mombasa-based civil society group HAKI Africa, condemned the raids, warning that "force will only act to heighten tension in what is already a volatile situation."

Western nations have warned their nationals to avoid all but essential travel to Mombasa, a key transport hub as well as an important tourist centre for the country's Indian Ocean coastline.

The city has been hit by bombings and shootings since Kenya invaded Somalia in 2011 to attack the Shebab, later joining an African Union force battling the Islamists.

The Shebab carried out the September 2013 attack on Nairobi's Westgate shopping mall, killing at least 67 people as a warning to Kenya to pull its troops out of southern Somalia.